Coming off from his recent collaboration with Nike on the BW/97 hybrid this year, Skepta continues to make big strides with the Swoosh on a third installation of his SK Air line. Reminiscent of his first release, the model chosen is the Nike Air Max Deluxe, which was deemed elusive prior to its first retro.

A silhouette that is rarely discussed within the Air Max conversation but still admired by most, the Air Max Deluxe is a sneaker to cause a statement, with its bold colourways and design aesthetics that is inspired by soundwaves in parties. Initially released in 1999, the Air Max Deluxe featured the popular Air Max 97 outsole with a full-length air unit and released in a variety of colourways which was bolder than its predecessors.

2018 saw Nike retro the silhouette for the first time in its OG colourway and also a first-time collaboration. Skepta’s iteration pays tribute to New York’s role in his career trajectory as an artist and rapper. His breakout out single “That’s Not Me” was a crucial point as cities like New York embraced the sound and helped propel Grime from outside of UK to US.

The upper features a Black signature neoprene material with details that are inspired by the insomnia of long nights on the road. “NEVER SLEEP ON TOUR” is an ethos that is fuelled by Skepta’s work rate which is laid across the medial side of the shoe. The upper patterns are drawn from the VHS static-led aesthetic, this is also found in his award-winning video for “That’s Not Me”. A personal touch of the release date of the single is seen on the lateral side of the shoe. 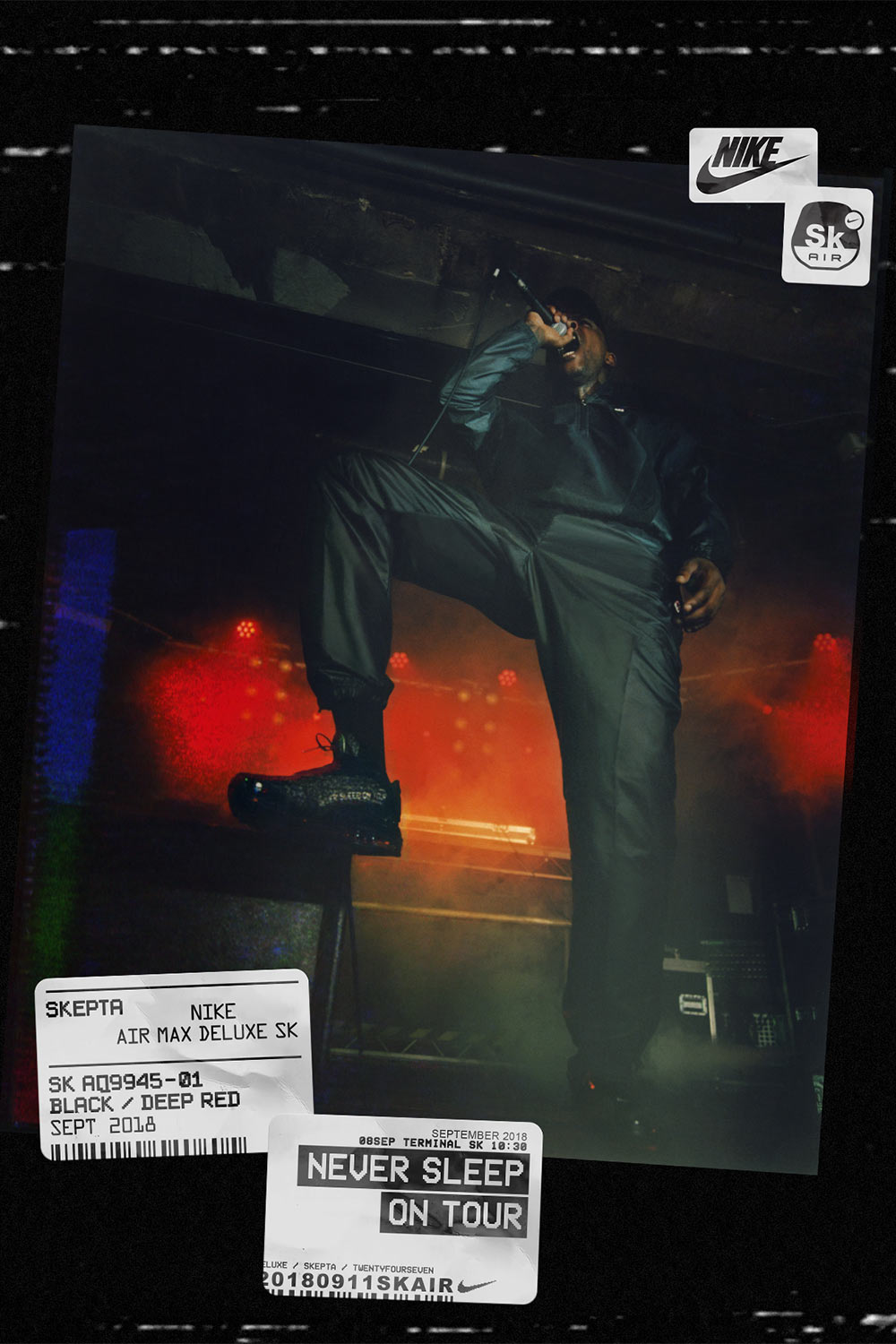 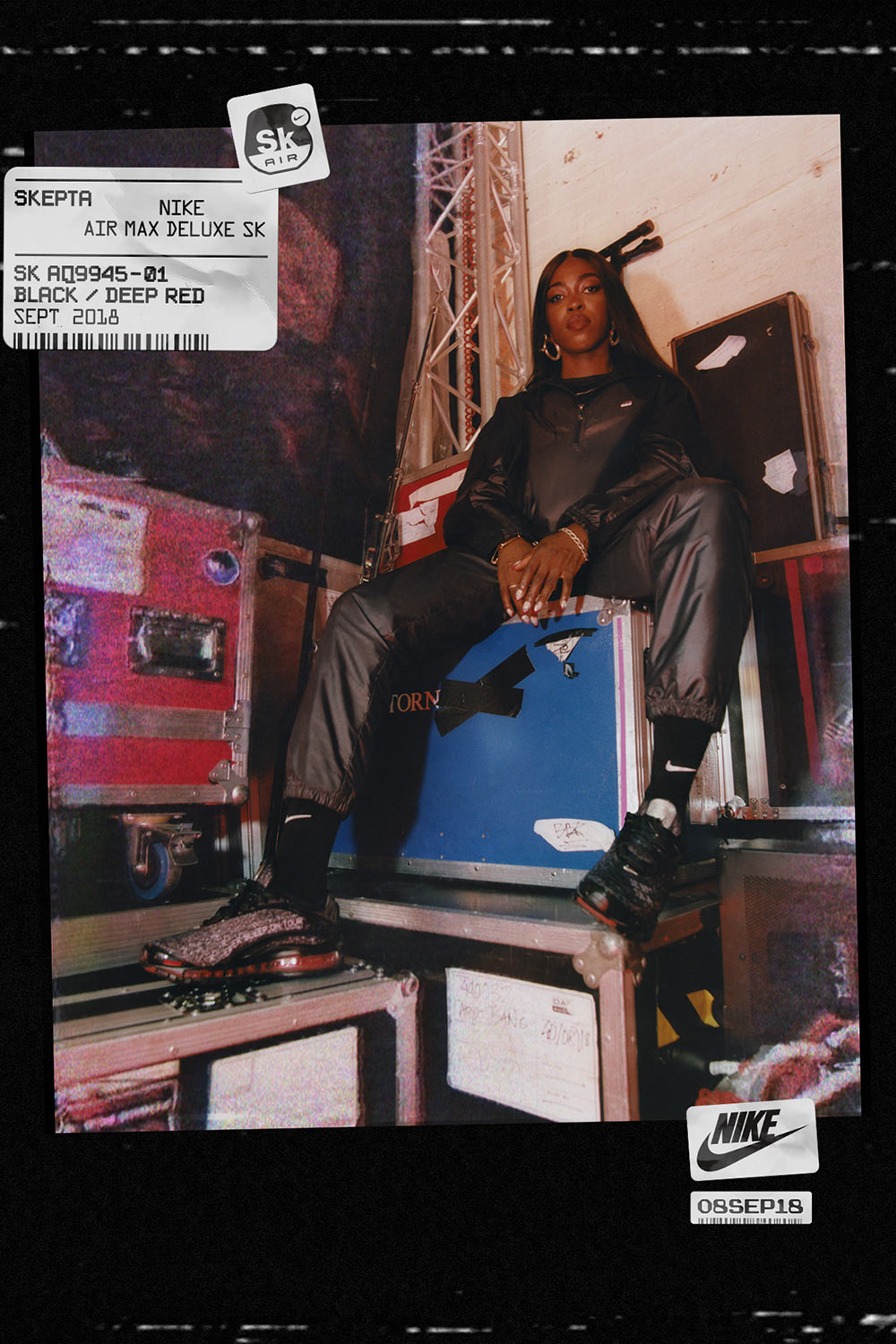 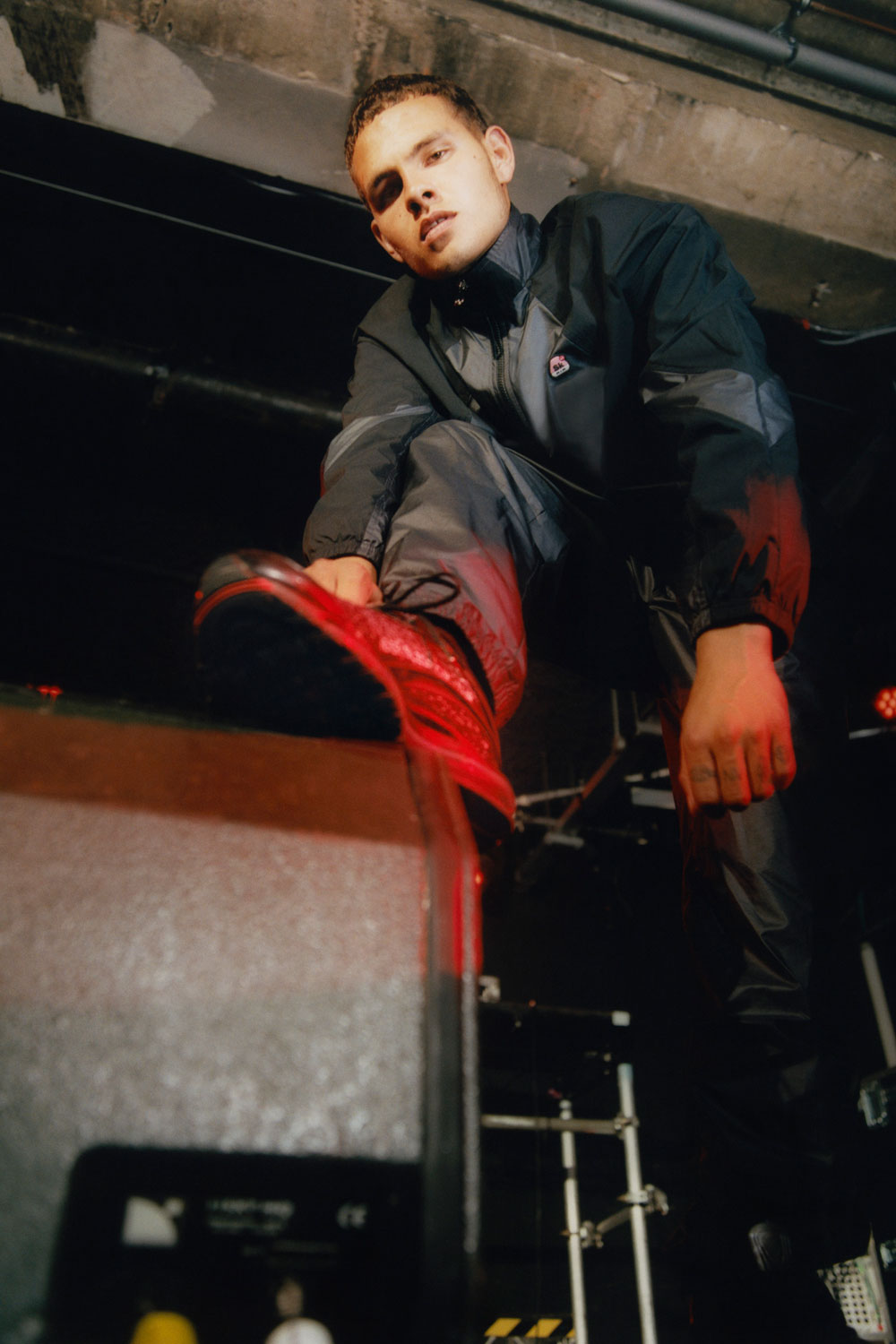 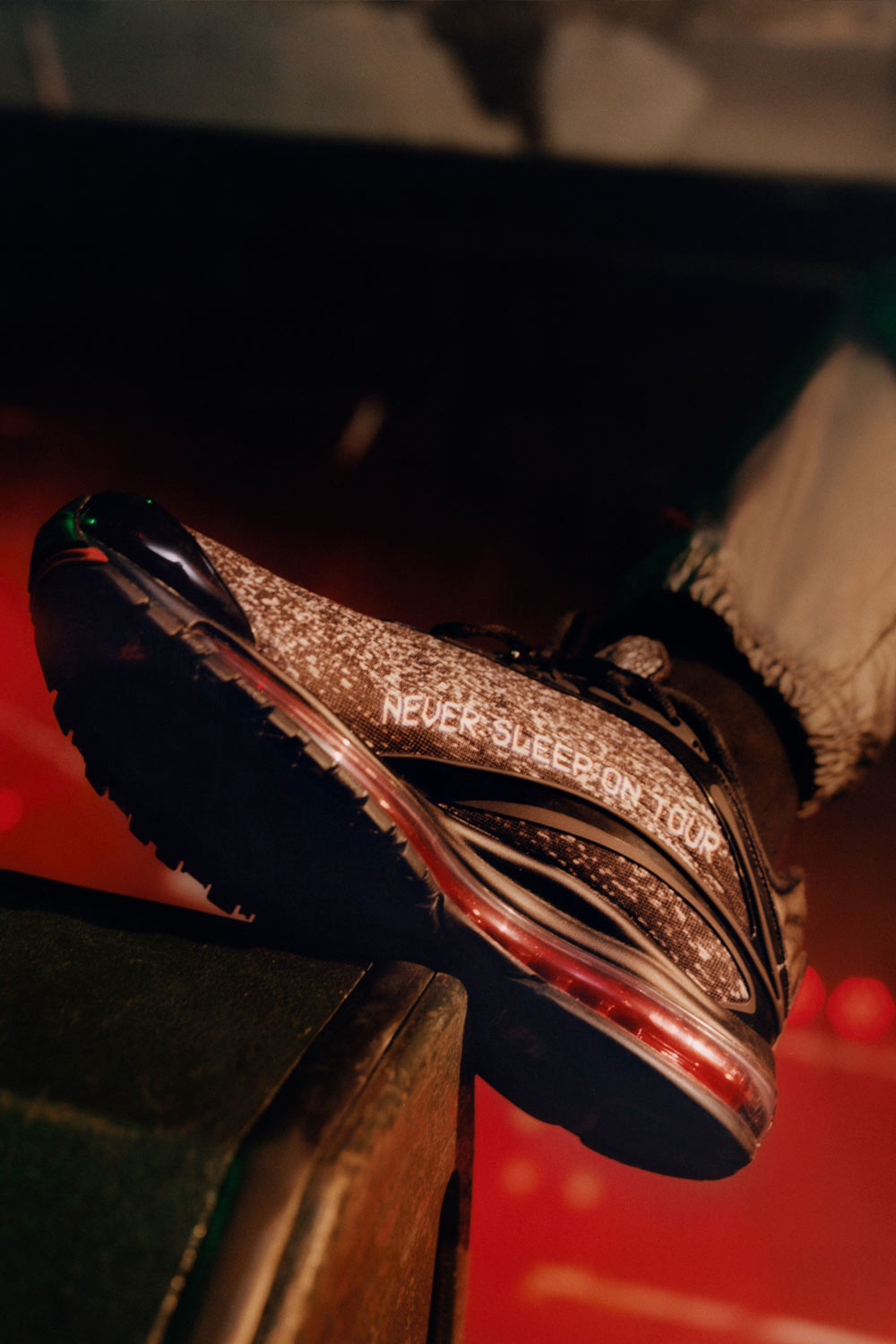 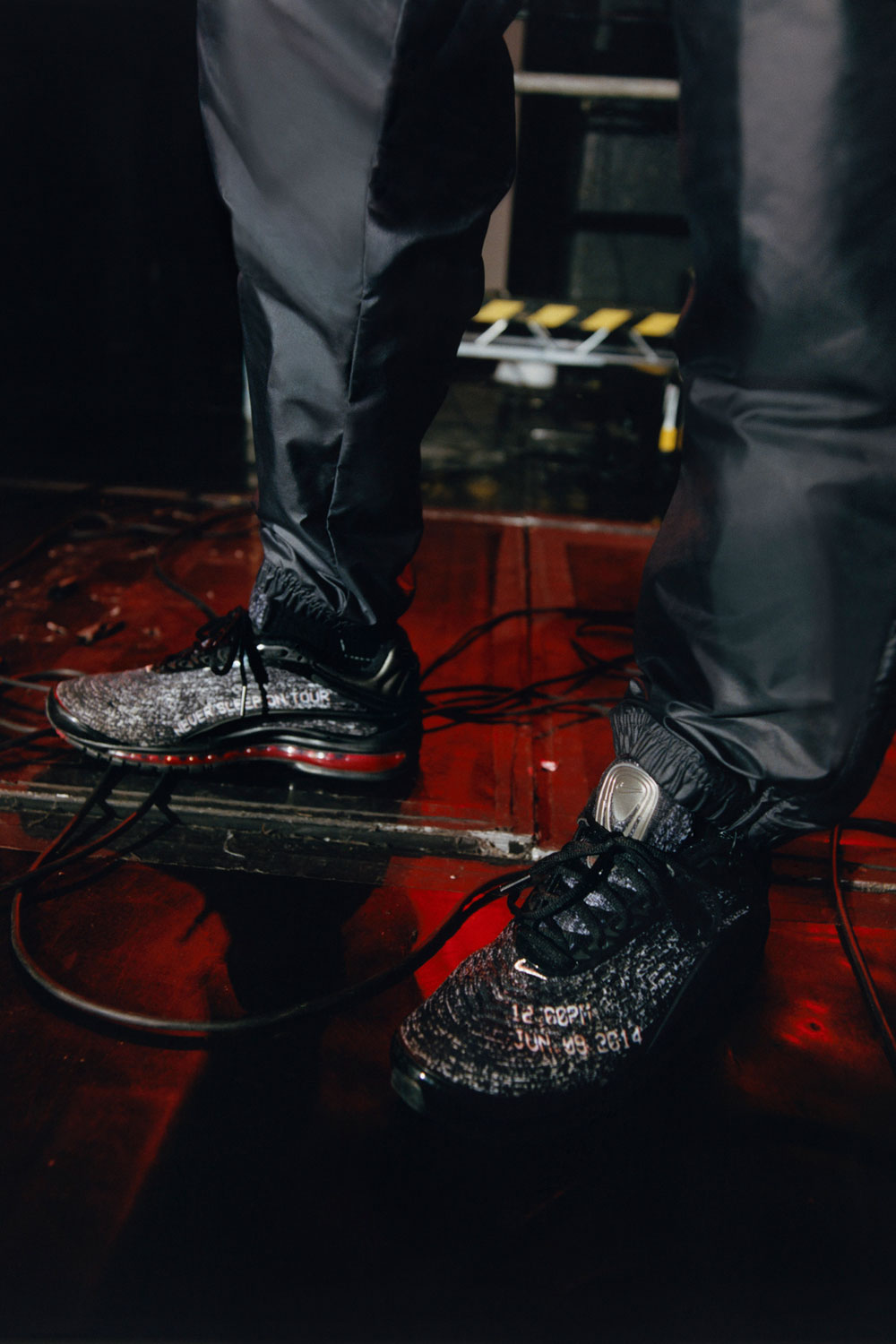