Although Halloween may seem like a bit of a non-holiday, the footwear industry would disagree. Every year trainers brands get creative and release Halloween themed offerings as part of their Autumn collection, with Nike in particular being big fans of the holiday. Many classic silhouettes such as the Air Max 95, Air Max 90, and Jordan III have received the All Hallow’s Eve treatment in the past, however this year Nike are keeping things low-key with a subtle Halloween iteration of the Air Force 1.

An all white Air Force 1 might be one of the most recognised and respected silhouettes around, and the Air Force 1 ‘Skeleton’ keeps the classic largely unchanged, instead adding a few festive design the features. The most obvious of which is anatomical skeleton foot that runs down each side of the shoe, combine this striking design choice with the skeletal in-soles and glow in the dark outsole and the Halloween motif really comes together. 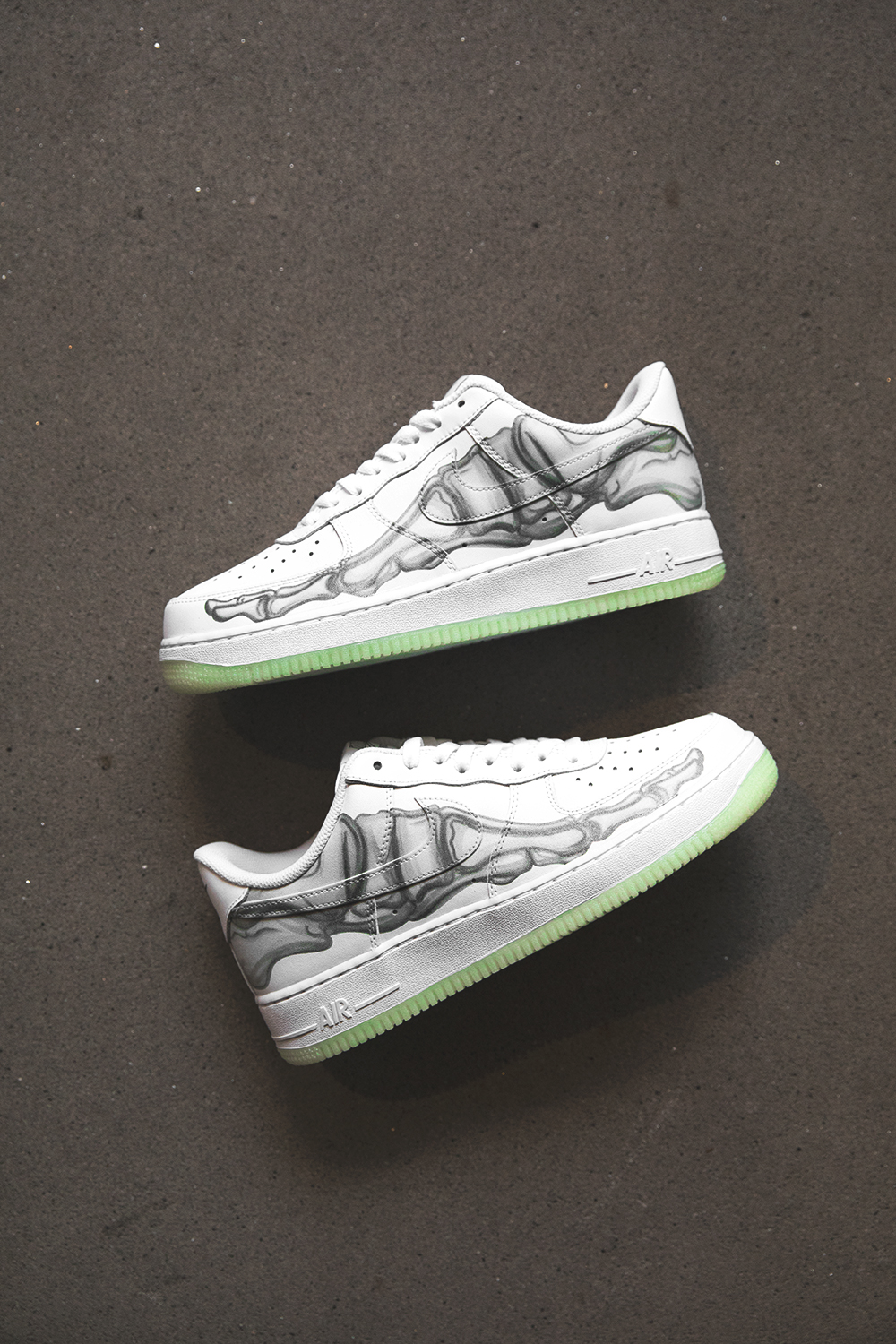 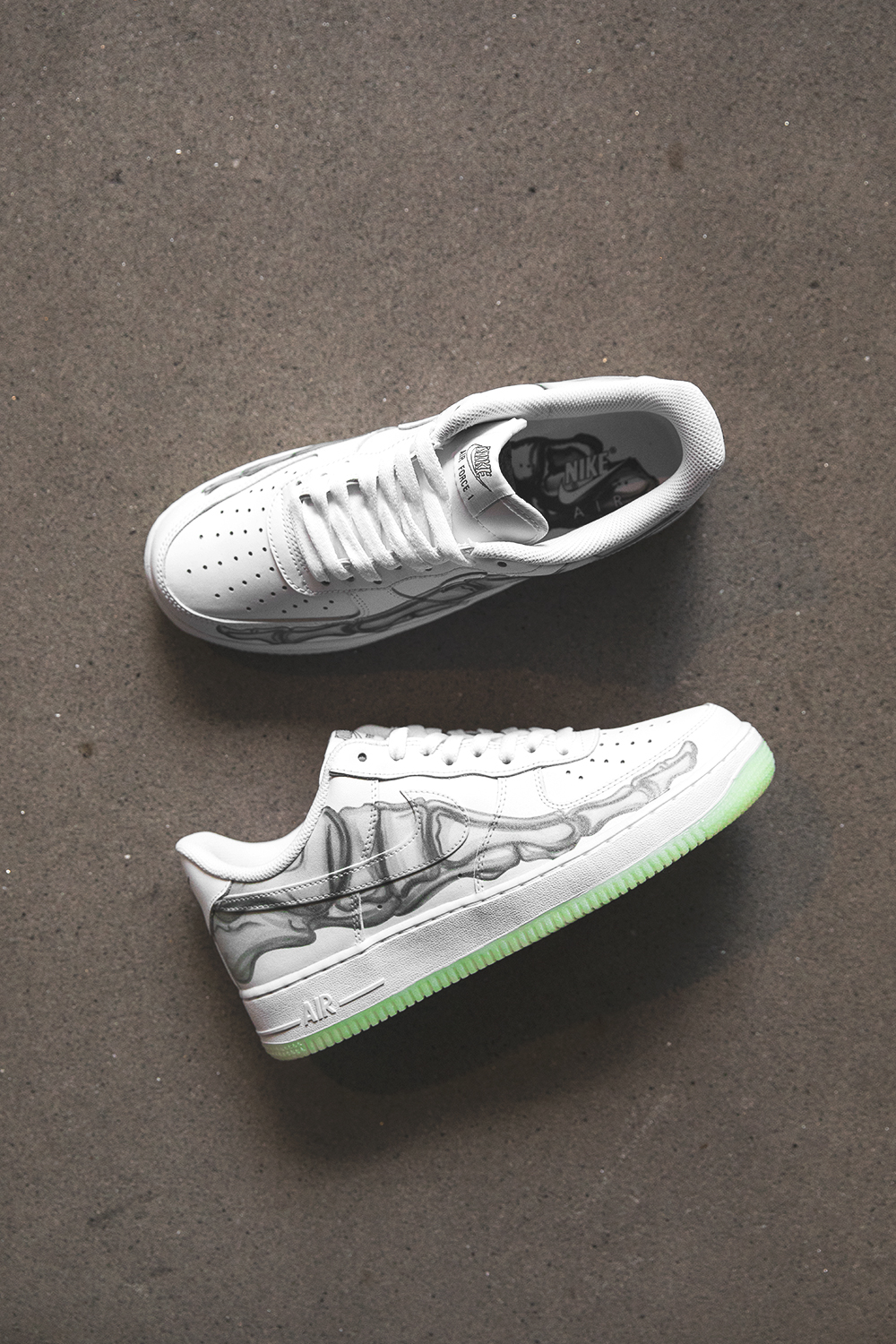 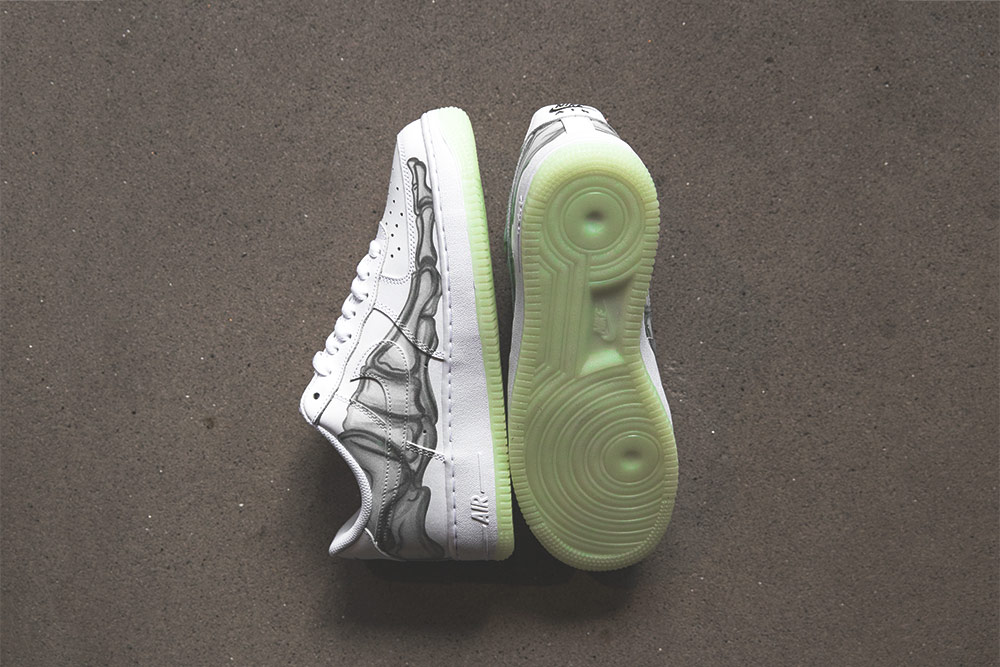 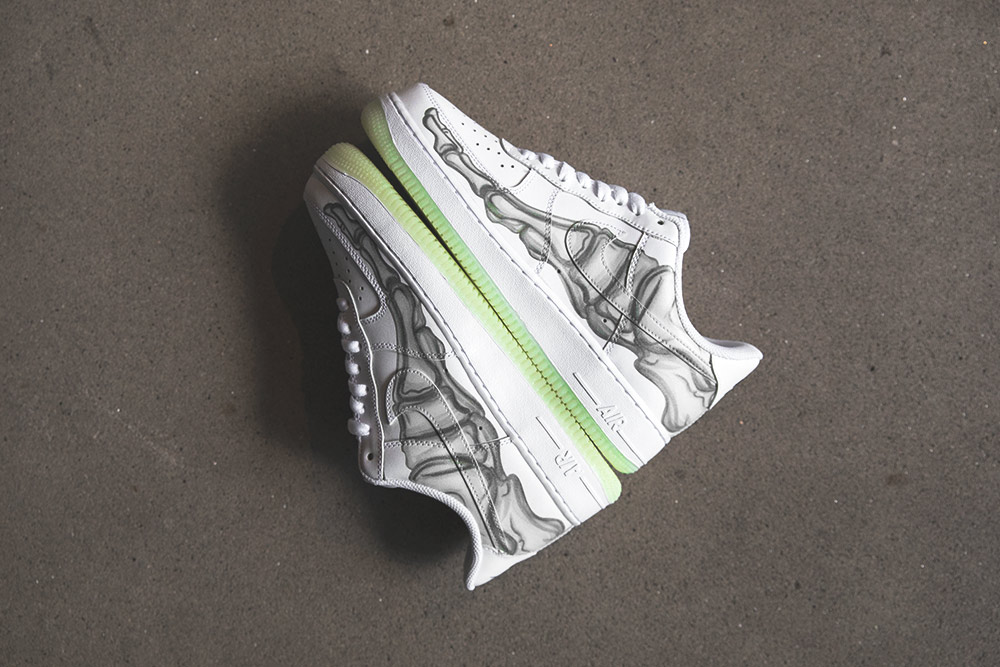 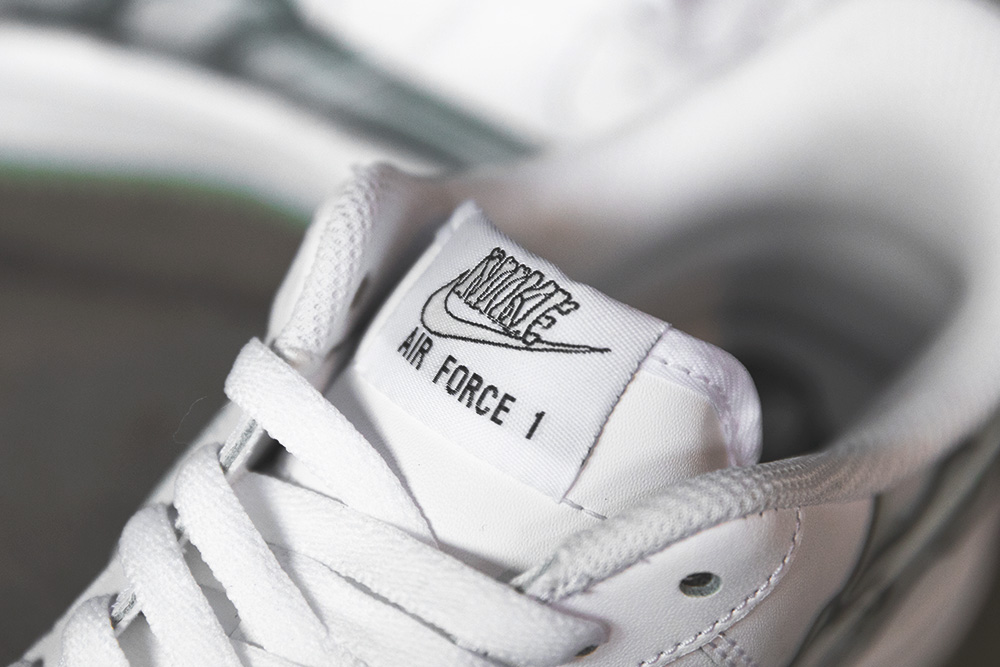 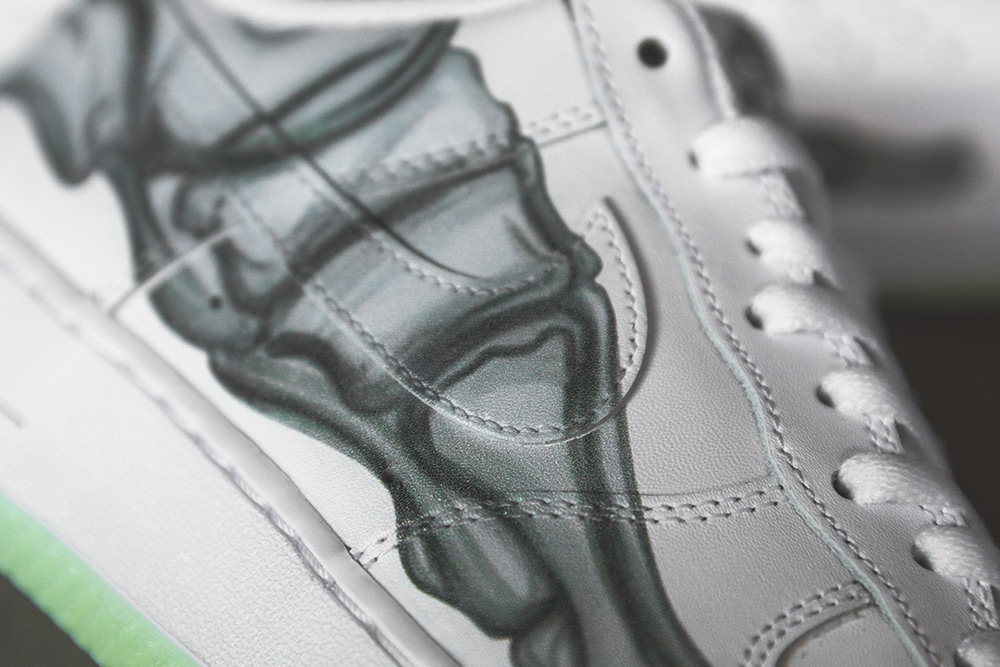 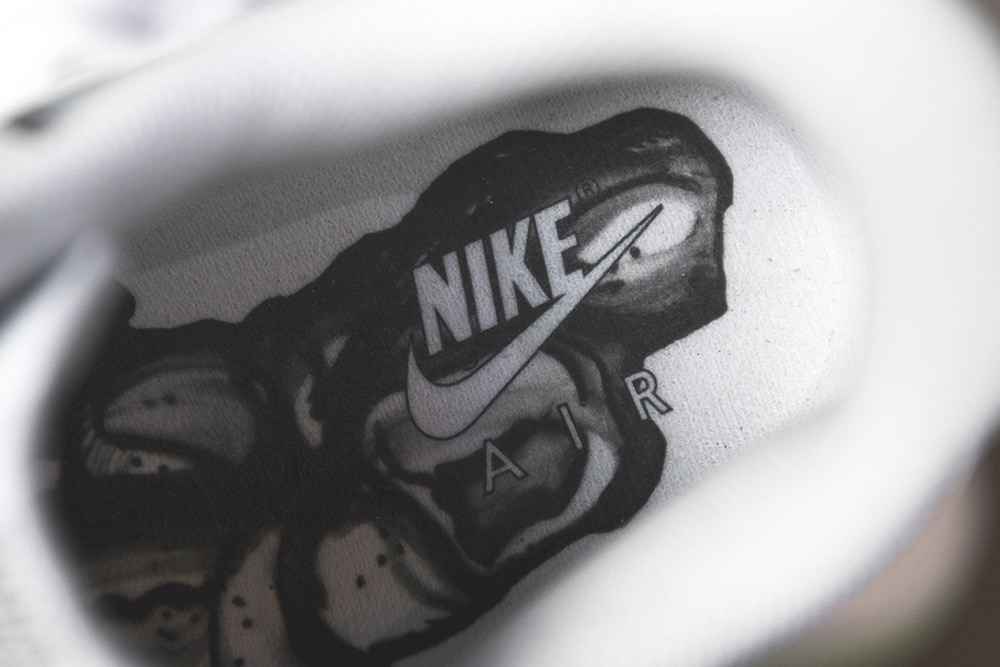 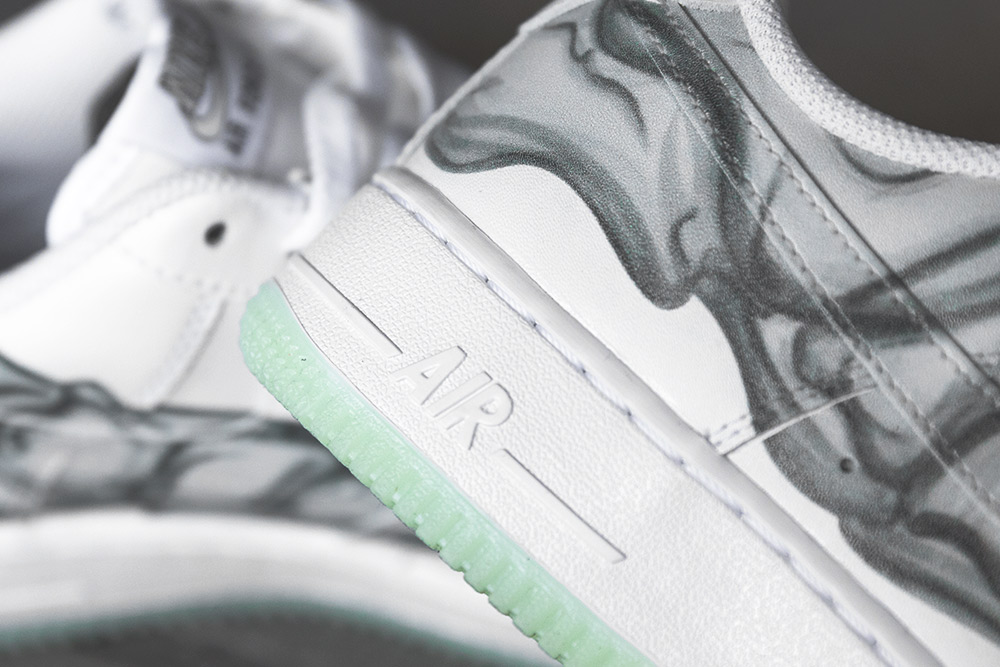