Ever since it hit the court in 1985, the Air Jordan 1 caused attention due to its colour blocking violating the NBA uniform policy and therefore, Michael Jordan was fined $5000 every time he’d play in them. However, this did not halt MJ in his stride to create a storied career.

Designed by Peter Moore, the Air Jordan 1’s resurgence over the years has grown massively. The simplicity in its aesthetic mixed with various colour blockings have made this silhouette a respected model in both on and off the court. Over the years, the Air Jordan 1 has experienced a host of collaborations, mash ups, retros, new colour ways and more. The most recent and ever present project on this model has been with OFF-WHITE’s Virgil Abloh and the “The Ten” collection seeing the Air Jordan 1 dressed in 3 different variations.

In 2018 alone, the AJ1 has seen a host of adaptations such as the ‘Bred Toe’, ‘Court Purple’, ‘Pine Green’ and the ‘Best Hand in the Game’ collection already. Moreover, the upcoming Air Jordan 1 bares similar elements to the latter collection.

Although Michael Jordan’s rookie season is most frequently associated with the ‘Banned’, ‘Black Toe’ and ‘Chicago’ AJ1 respectively, Jordan Brand have paid homage to the accolade in which he’d win at the end of the 1984-1985 season dubbed the Air Jordan 1 ‘Rookie of the Year’.

This release features a mixture of Gold Harvest suede and premium tumbled leather in sail with a black swoosh. Black lining and laces with a change in leather tongue tab and red Nike Air logo finish the upper portion of the shoe. Sail midsole and a black outsole complete the bottom segment. The stand out aesthetic would be the detached wings which portrays MJ’s stats that year and a quote of what was said when receiving the award to give it a personal touch. 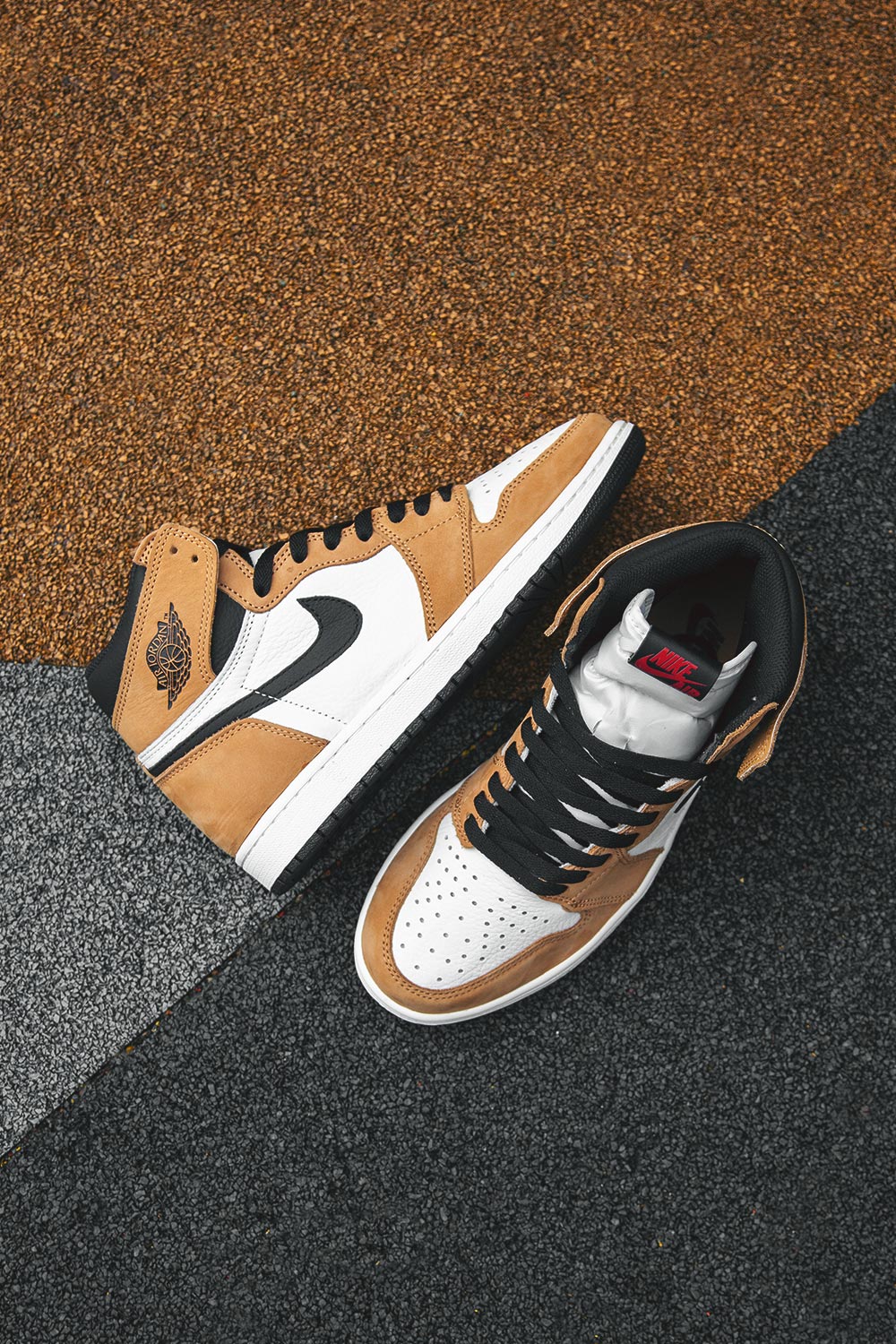 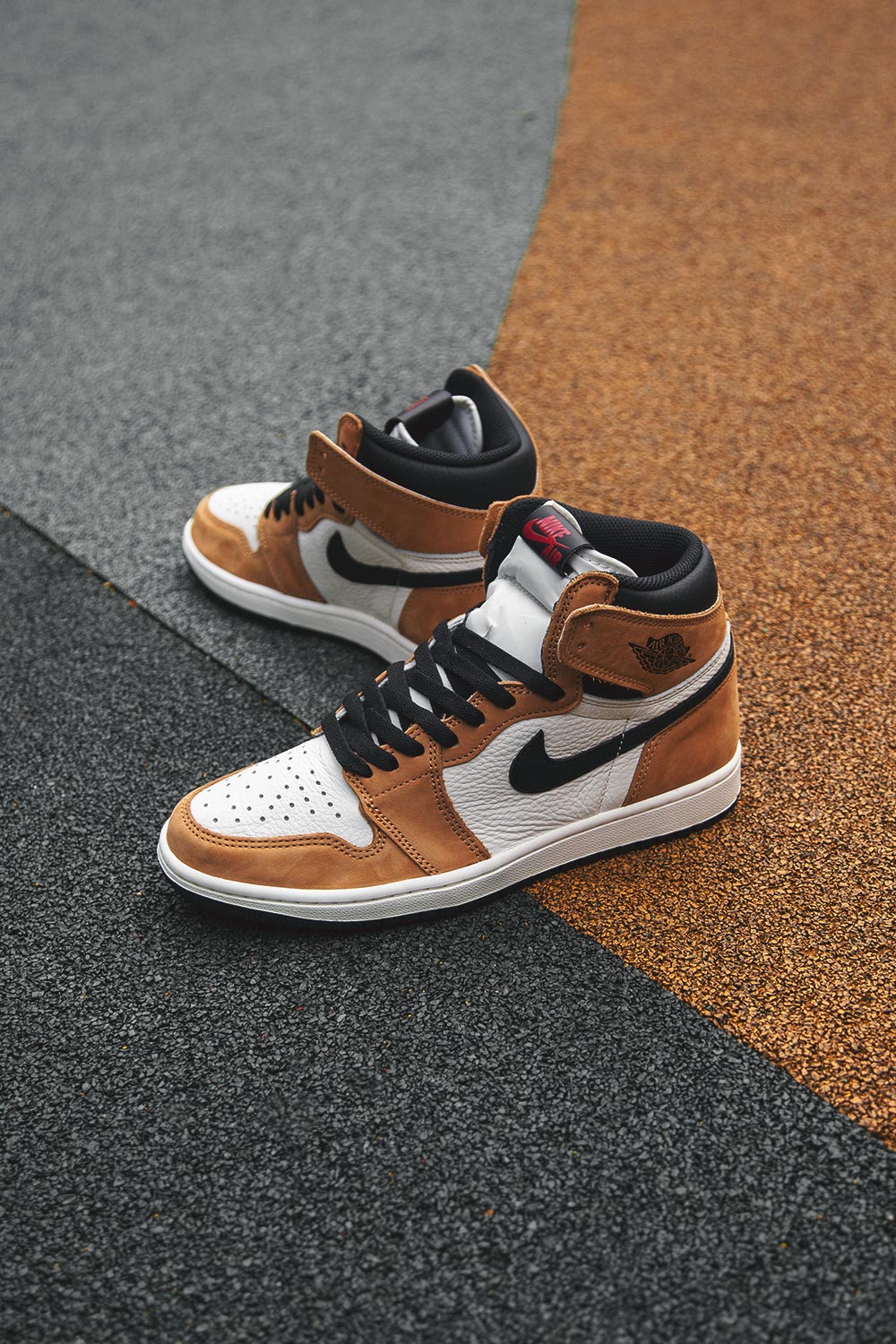 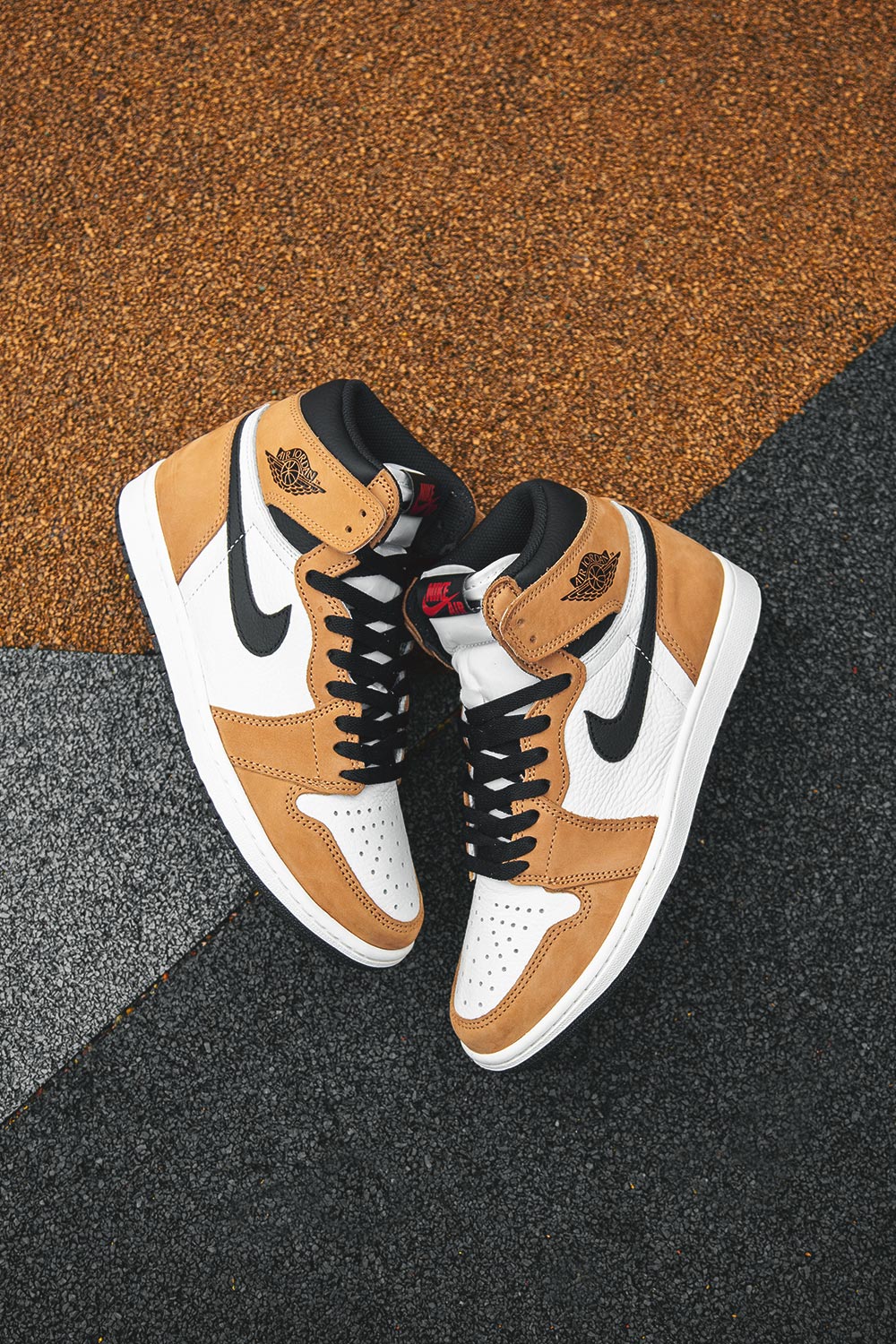 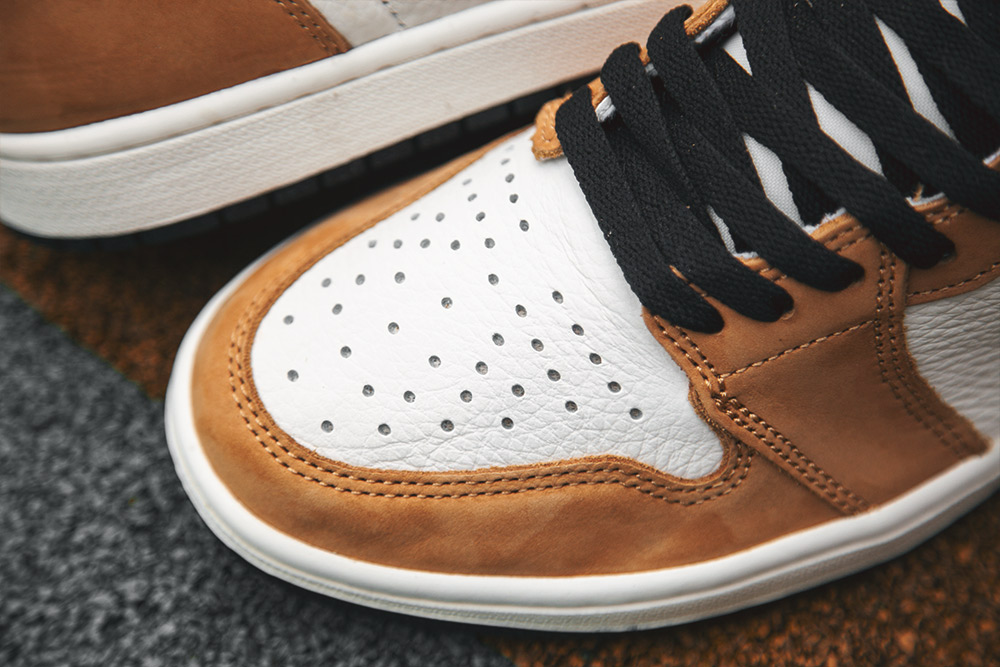 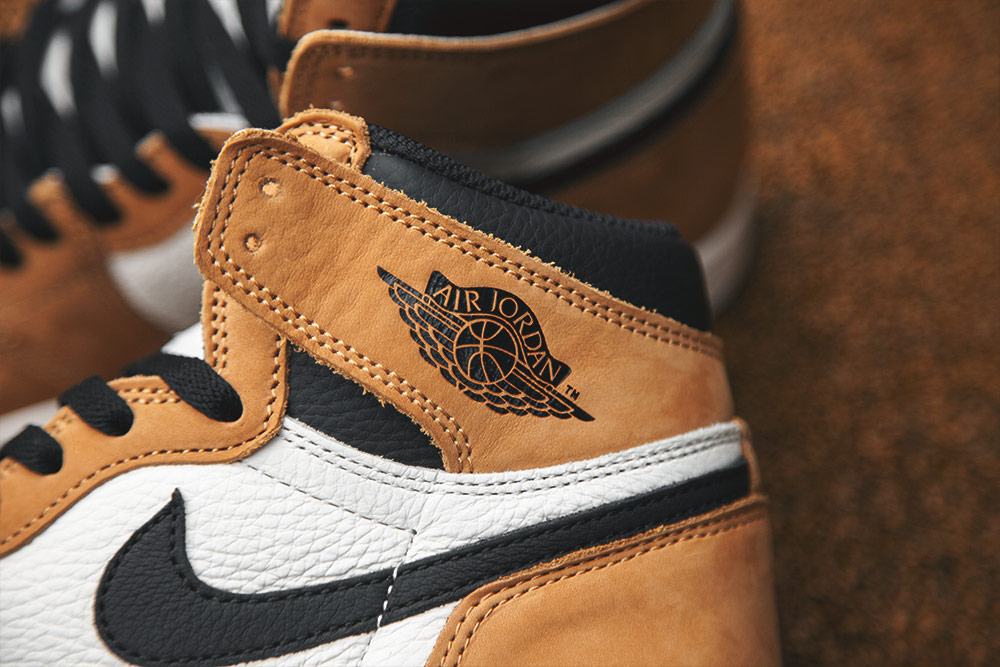 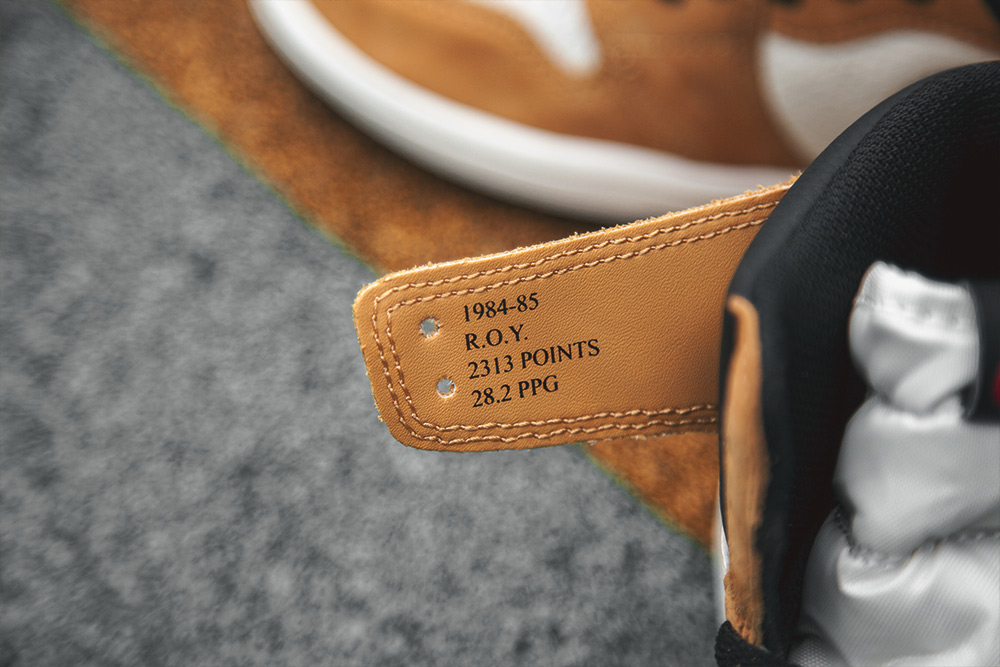 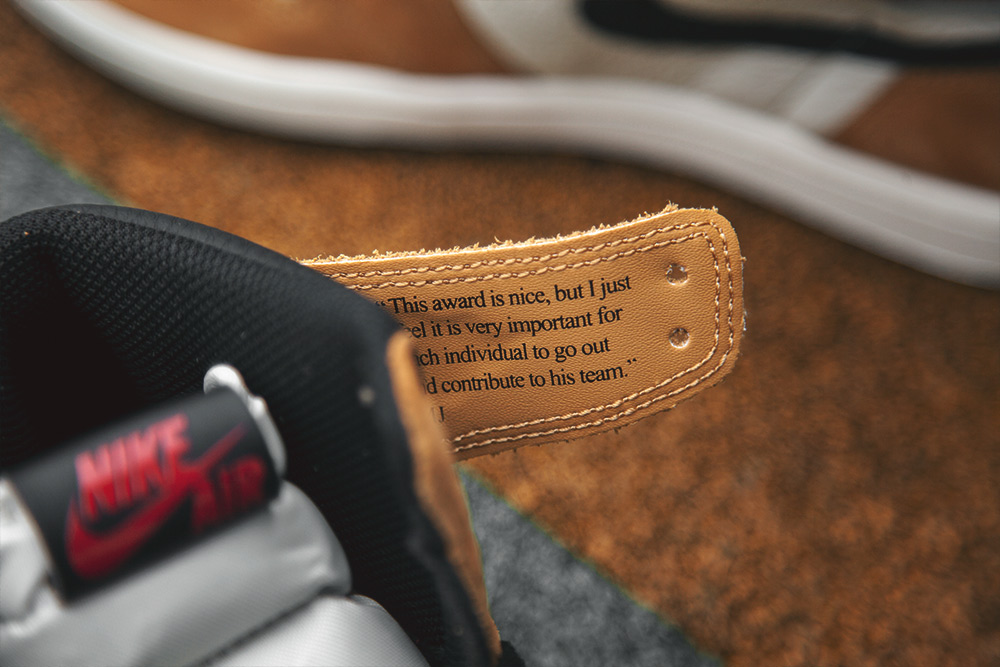 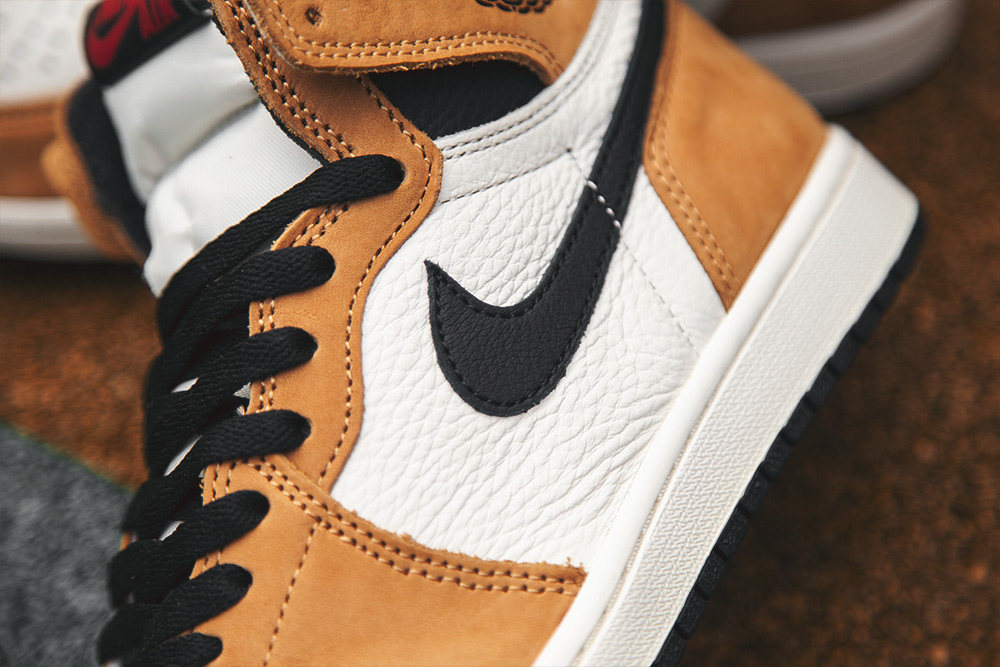 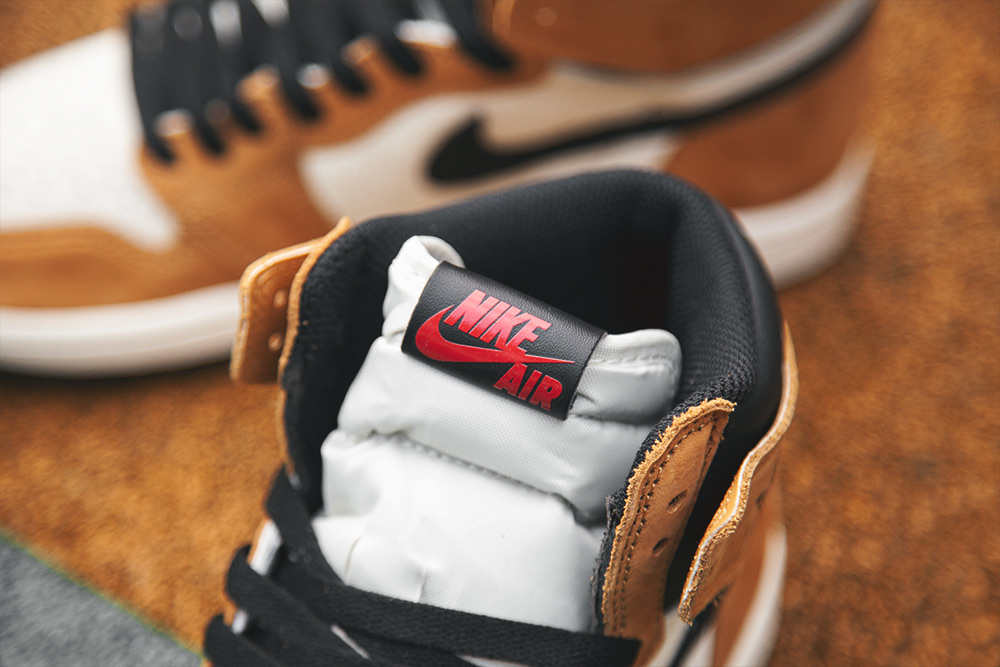 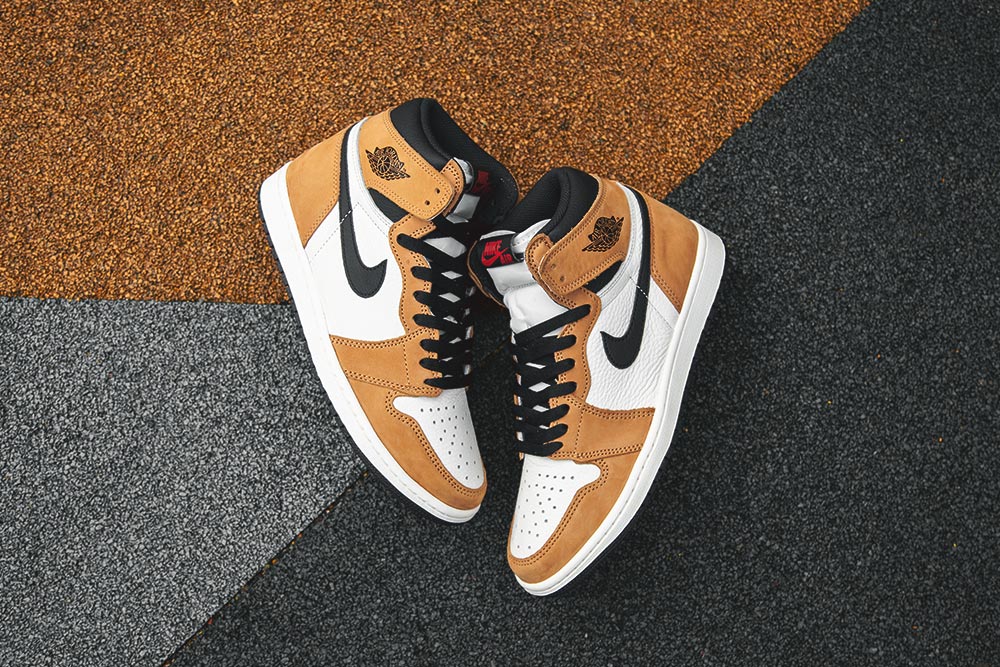