Over the last few years, designer Samuel Ross has established himself as a vital, visionary voice in British fashion.

Blending high concept ideas with cutting-edge technical design and clothes people actually want to wear, his brand A-COLD-WALL* has earned him a shot on the LVMH Prize shortlist as well as two nominations for The Fashion Awards.

More importantly than institutional approval, though, it’s grown him a global follower base of dedicated fans who proudly rep his utilitarian, industrial aesthetic.

For Samuel Ross Nike Flyleather represents new opportunity. The unique material, which is made with at least 50 percent recycled natural leather fiber, allows for an evolution of design thinking while deftly balancing natural tactile qualities with an important reduction in the planet’s carbon footprint. Both properties are on full display in Ross’ Nike x A-COLD-WALL* Air Force 1.

Flyleather is a vessel to refine an idea that was already quite strong, the technology behind it is also connected to the progression of Ross’ design practice, label and, of course relationship with Nike.

Appearing in both a black and a white colourway, the sneaker features a seamless upper construction, ACW detailing on the canvas tongue, and grey panelling along the hidden lacing system and heel panel. 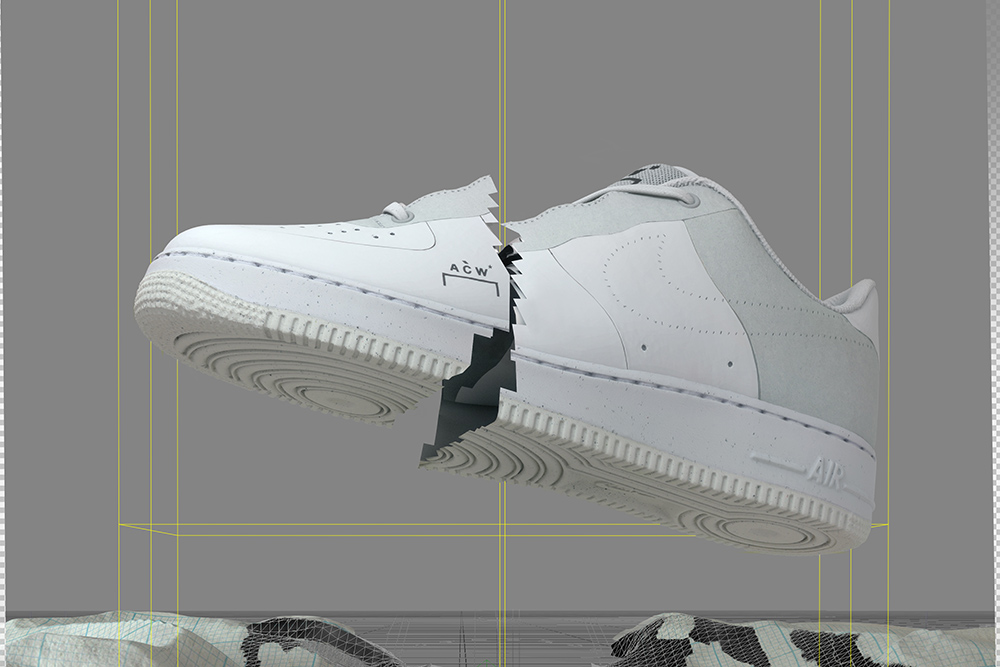