A careful evolution of simplicity.

In 2016, the ACRONYM x Nike Air Presto Mid took sneaker culture by storm, thanks to its sharp transformation of the classic “T-shirt for your feet”. ACRONYM’s Errolson Hugh said, the collaboration started by taking a closer look at failed and forgotten Air Presto prototypes. After spotting a sample with a mid height, he and NikeLab designers proceeded to “Acronymise” it with new colourways and a dual-zip system.

Though the shoe’s overall design was completed in three hours, testing the pull distance, angle and slider types took six tries. The final result retains a clean silhouette while having a visible pull cord and zip tabs extending beyond the profile of the shoe.

ACR0NYMⓇ, have teamed up with NikeLab once again for Fall/Winter 2018. The two have met previously on silhouettes such as the Vapormax and Air Force 1. However, this time they are returning to the former, to put another technical spin on the classic.

The shoes come in two vibrant colourways – Racer Pink/Photo Blue and White/Black Volt as well as a more monochrome Grey/Black White iteration. They feature a functional zip closure system, neoprene upper and pull tabs on both the front and back. As well as an eye-catching camo, designed by reinterpreting the classic ACR0NYMⓇ logo. 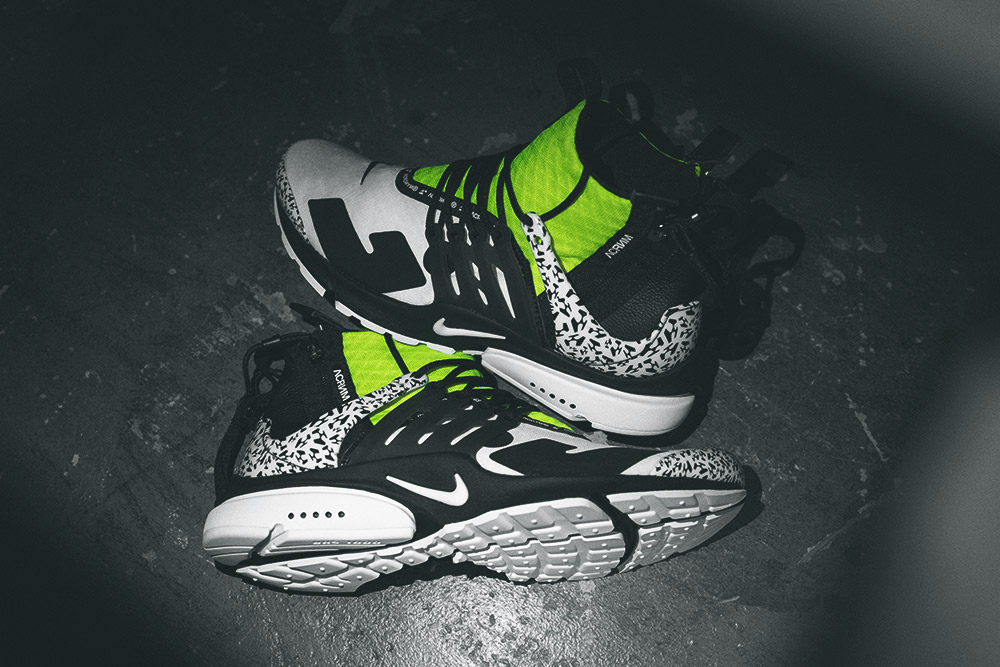 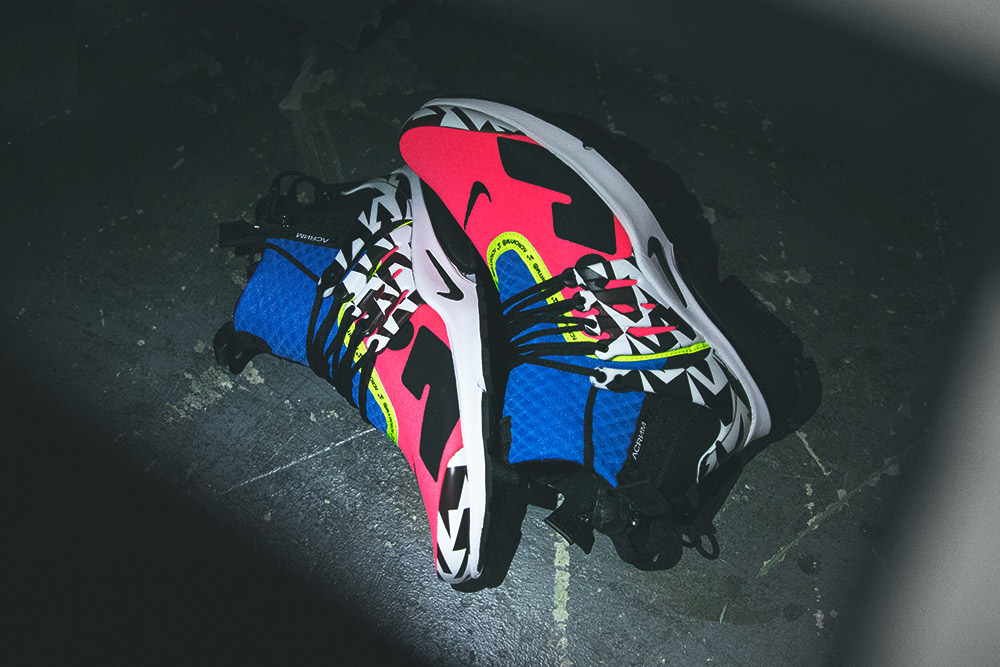 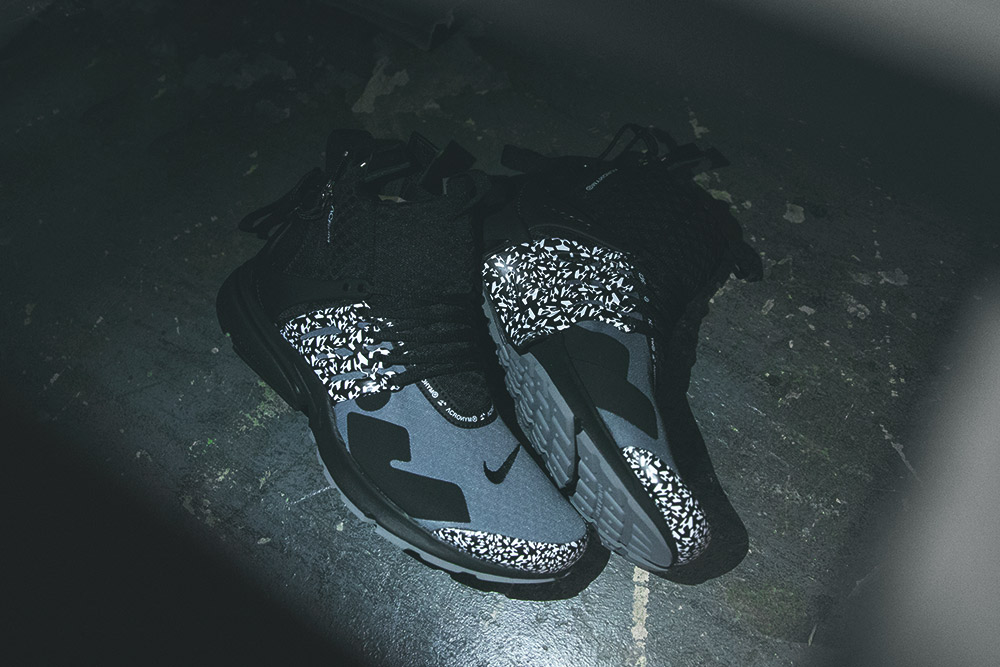 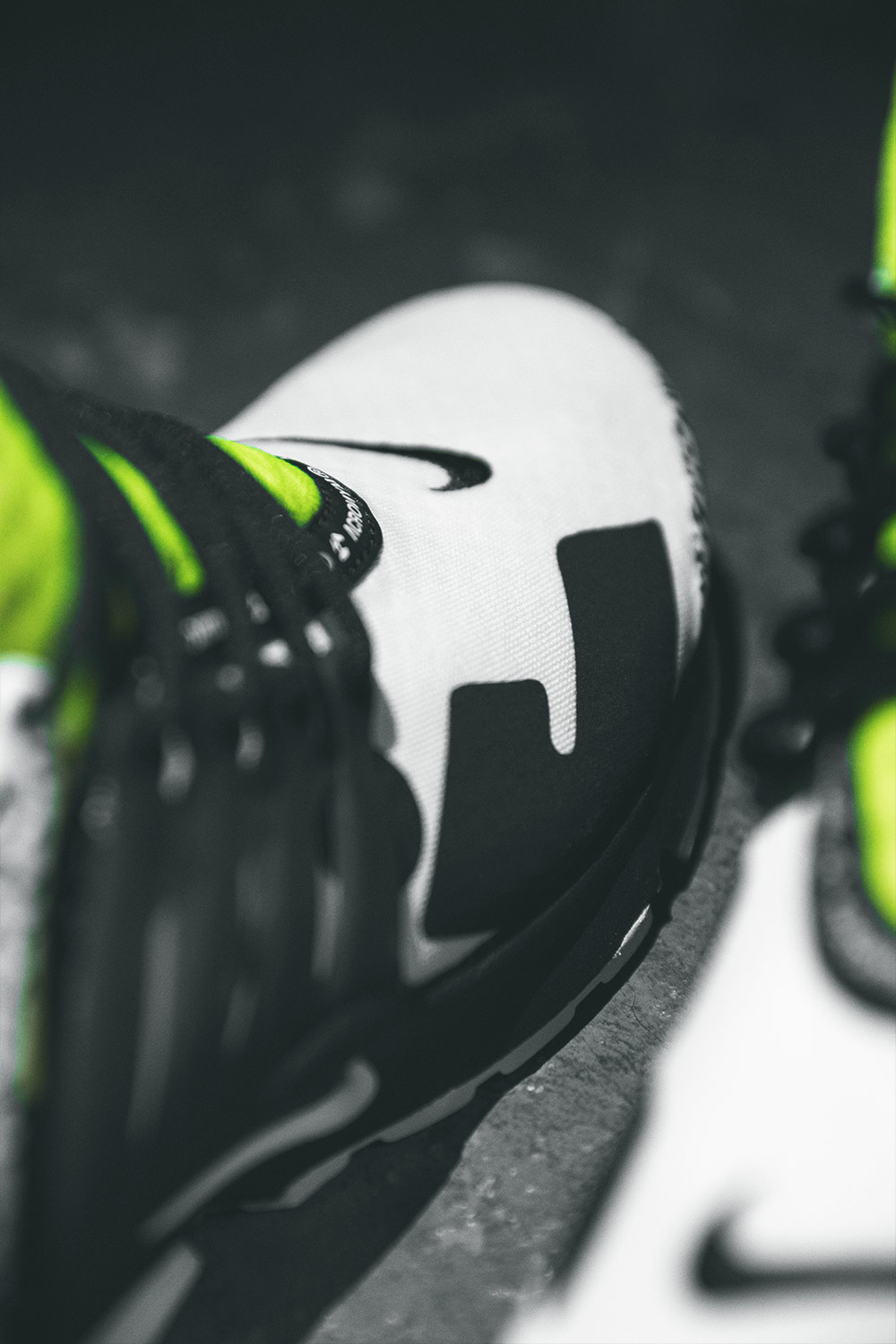 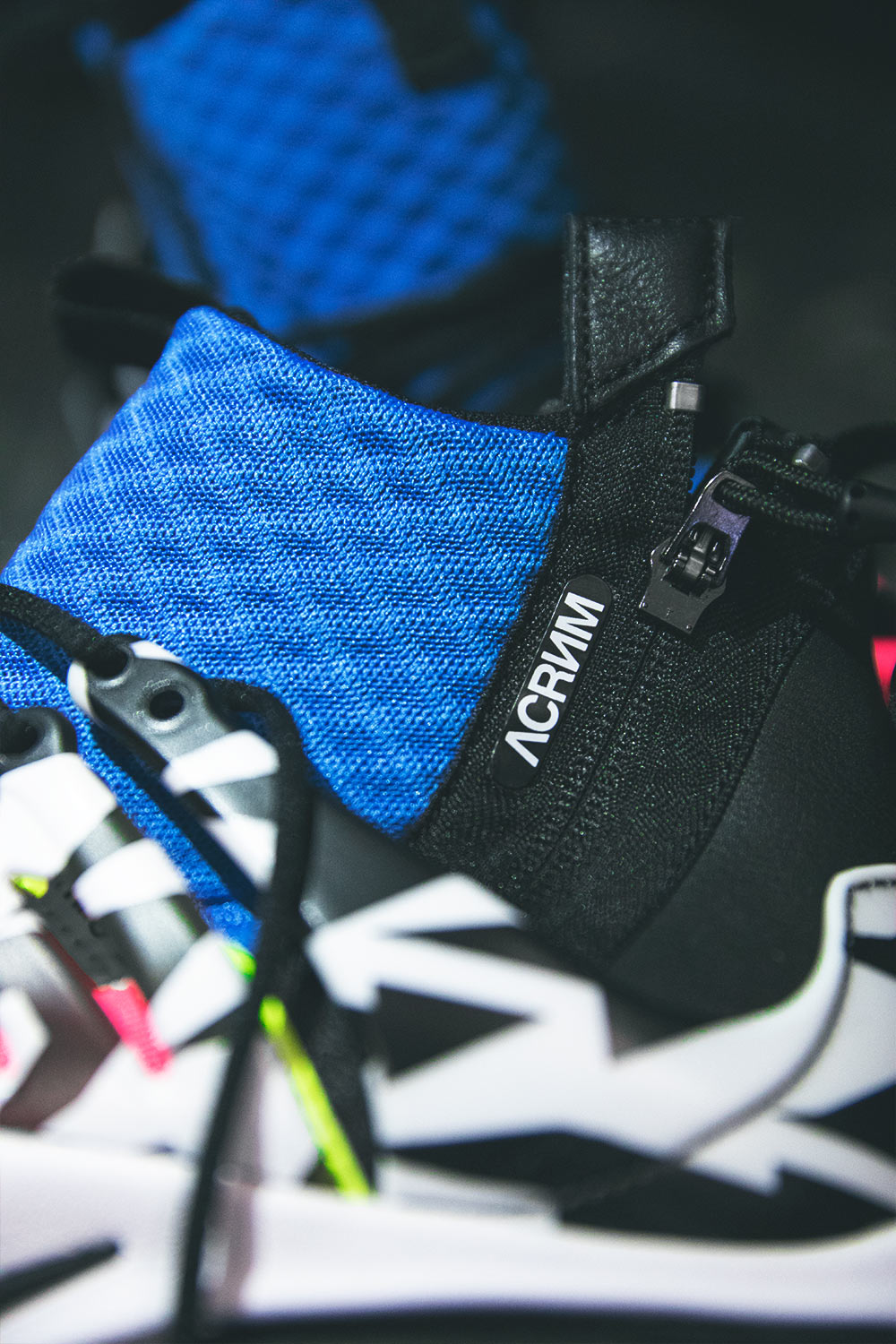 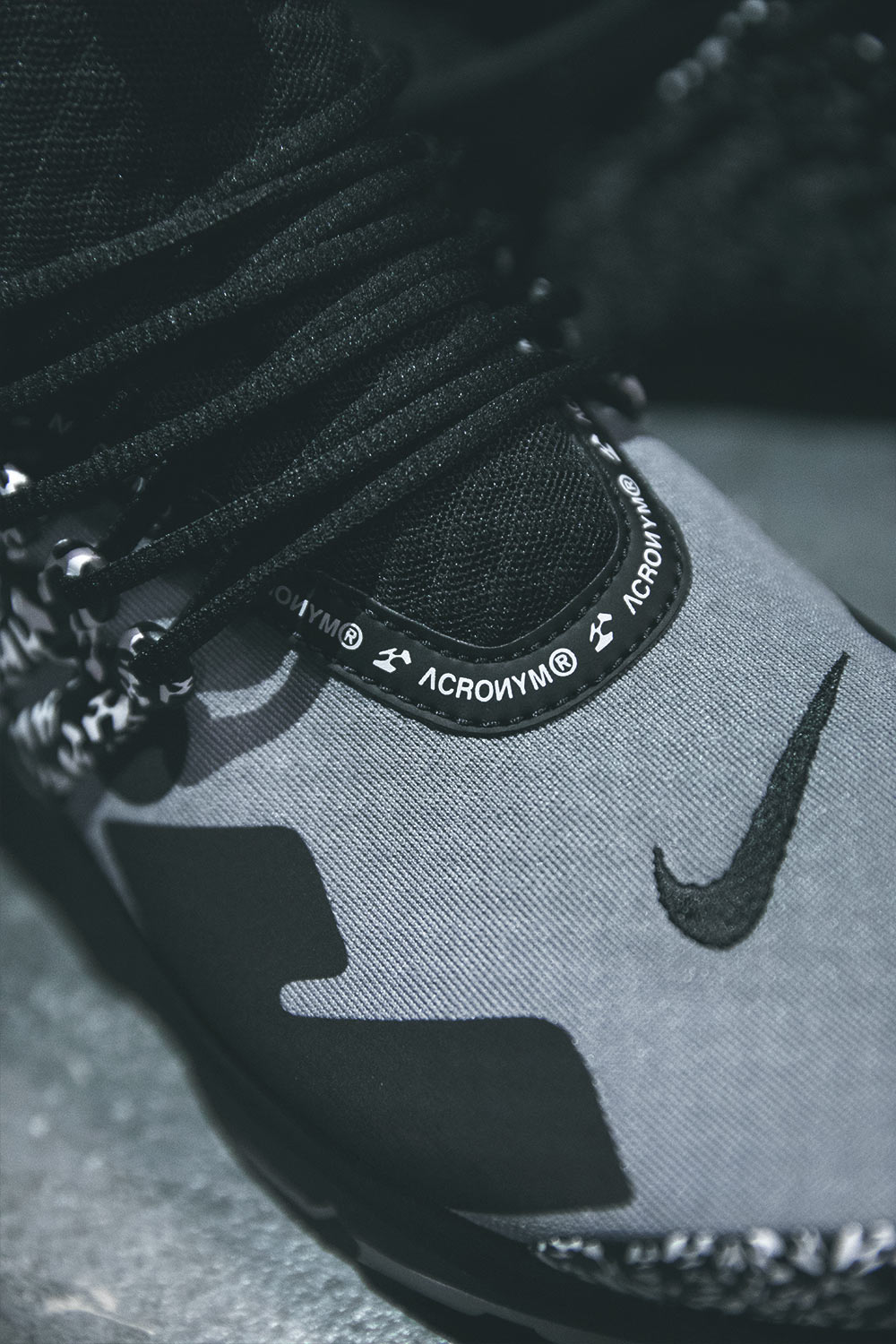 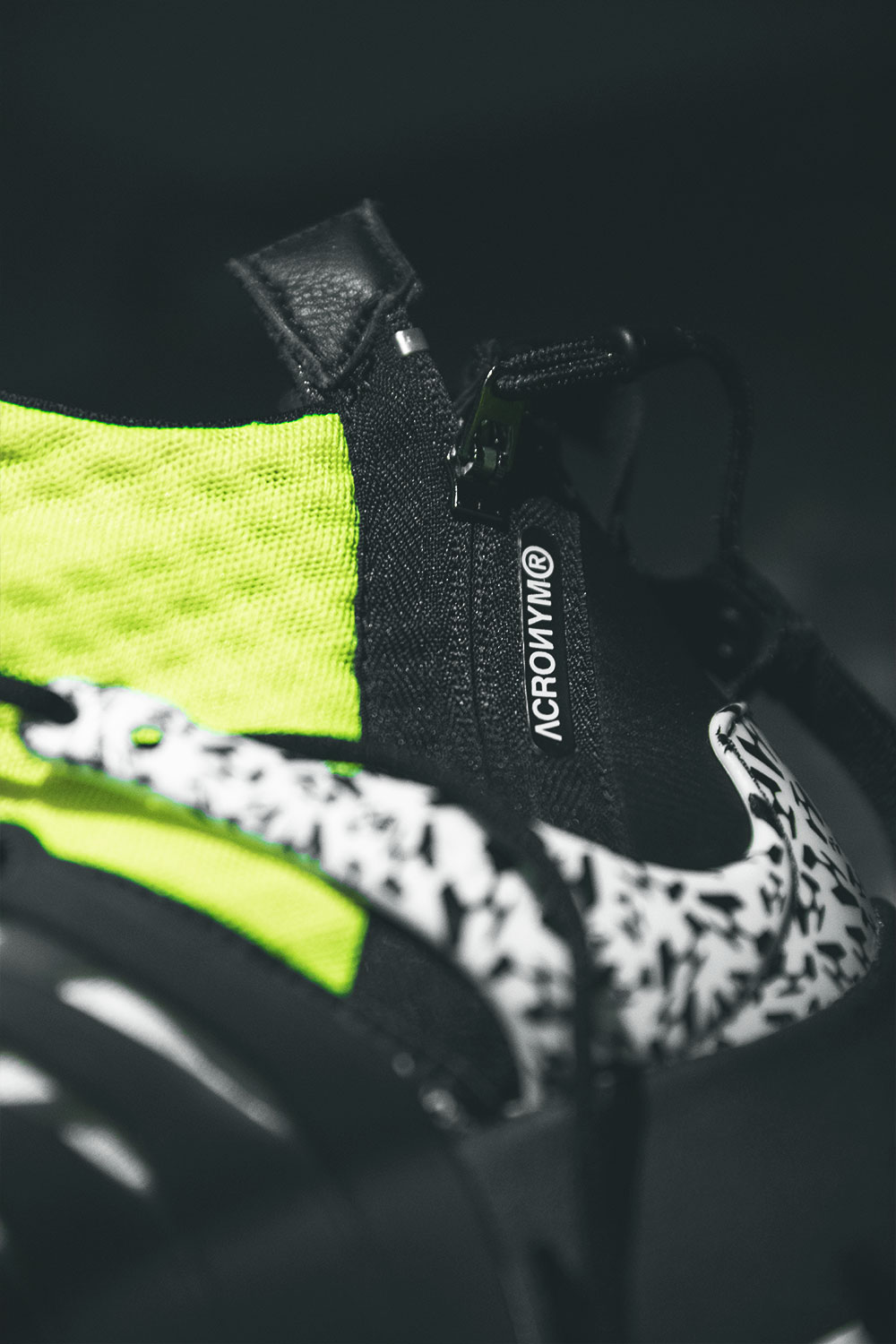 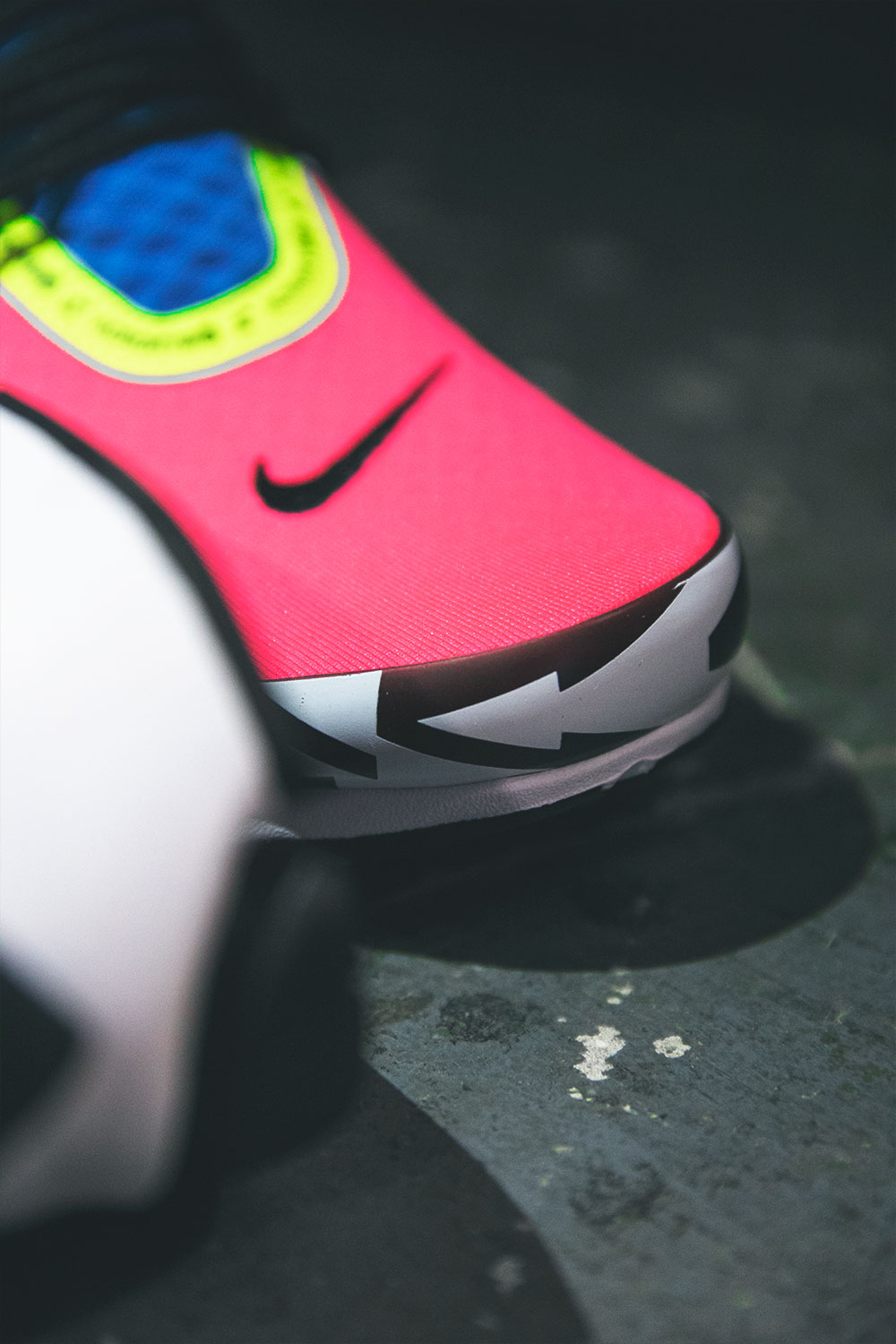 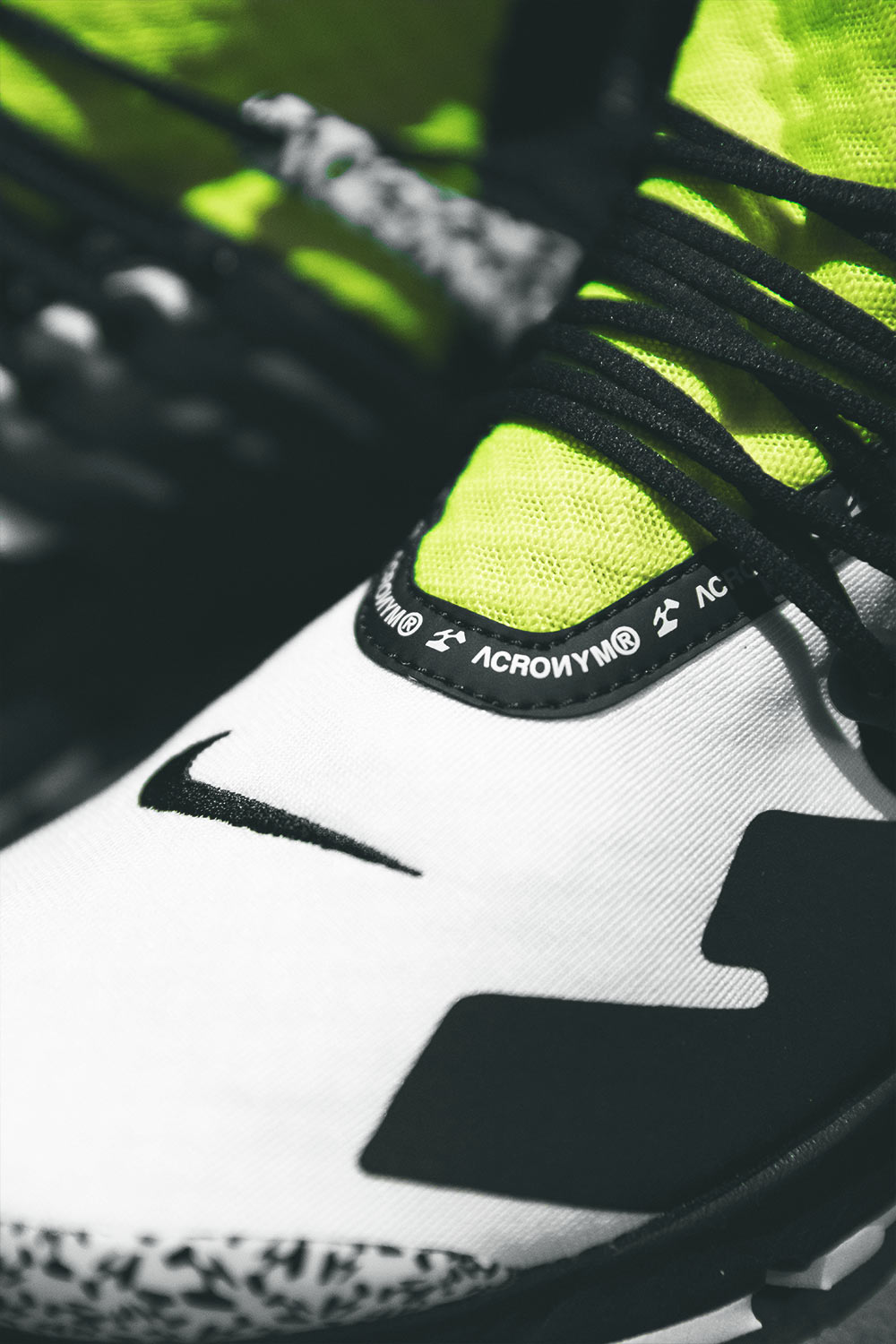 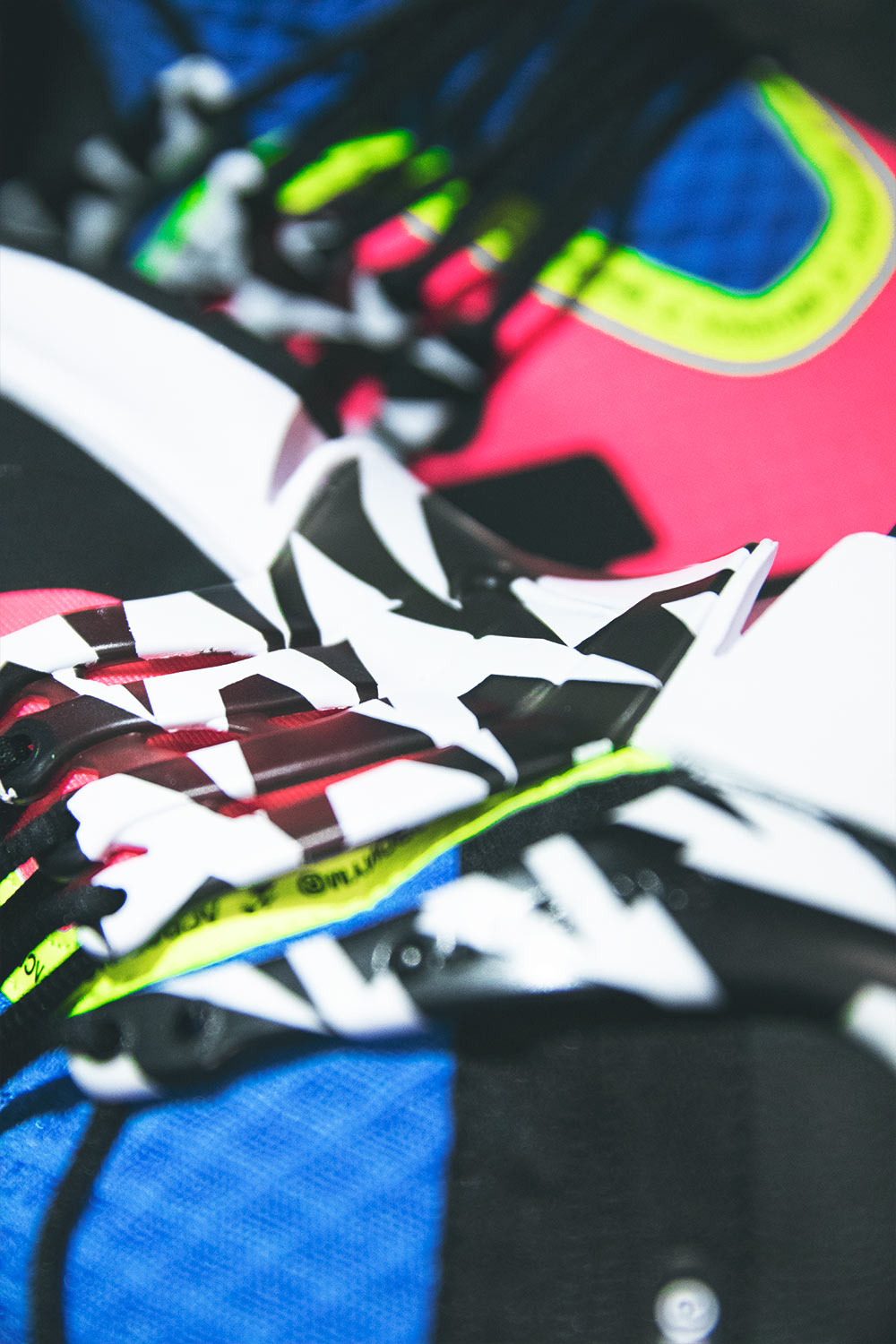 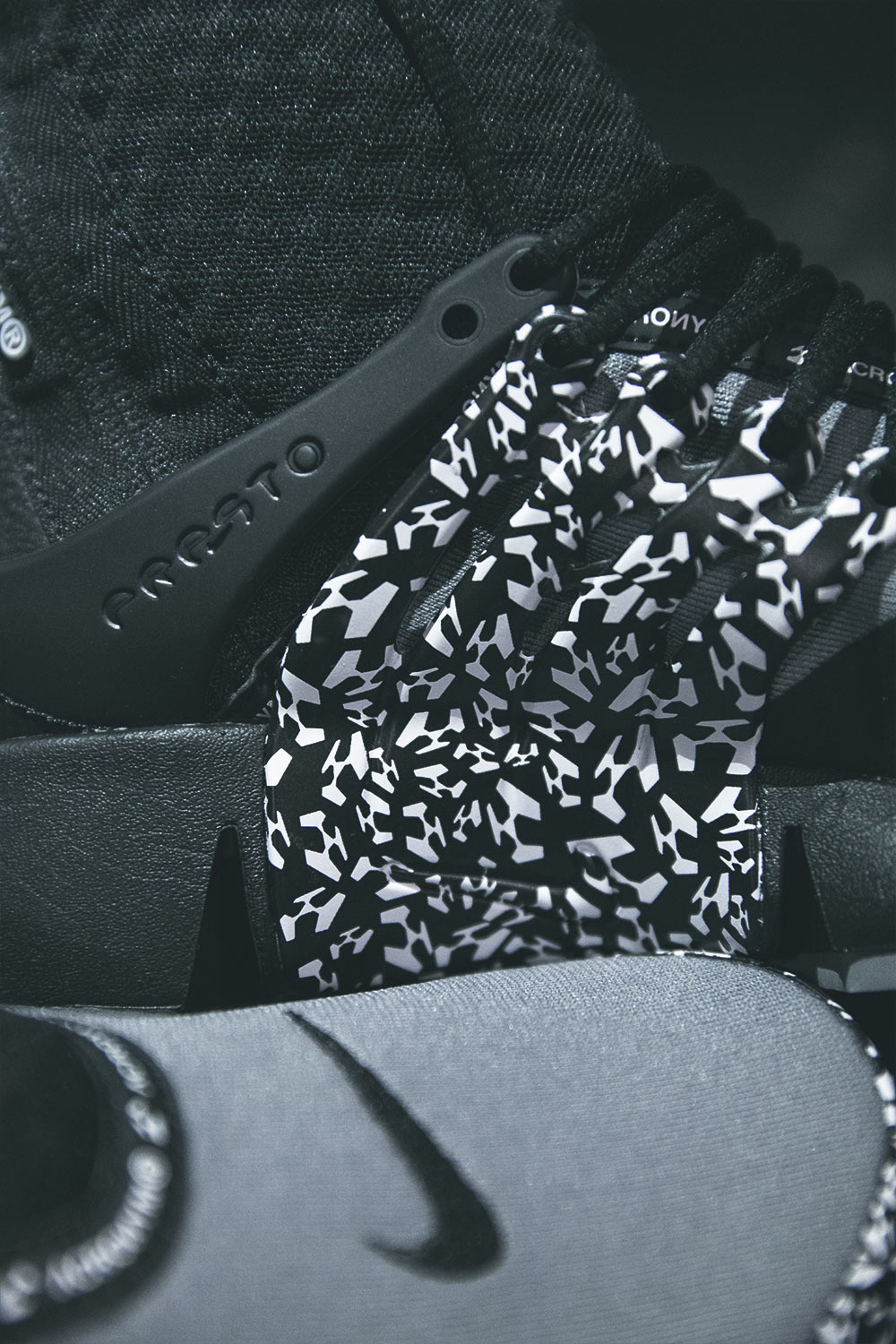 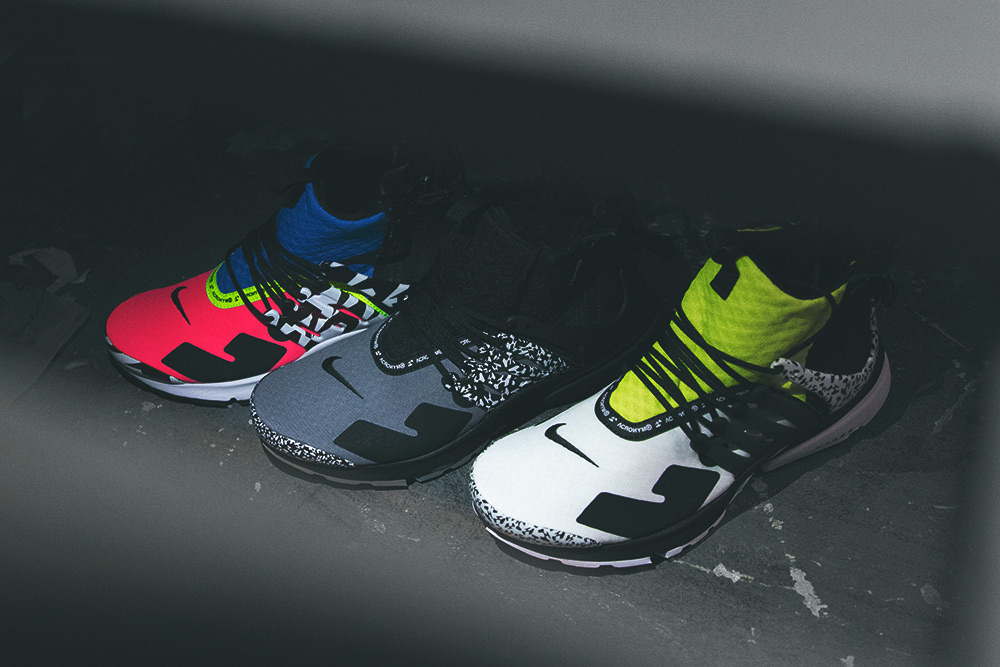