So far we’ve seen a number of colour-ways inspired by the animal kingdom – including the Lizard, Tiger, Snake and Zebra iterations – and Nike look to continue the striking visuals with the VaporMax Leopard. The Flyknit upper is dressed in a low-key tan colour-way, that contrasts perfectly with the vibrant orange colour pops that can be found in the ankle collar and sole unit. The whole motif is tied together by the leopard print that features on the heel tab. 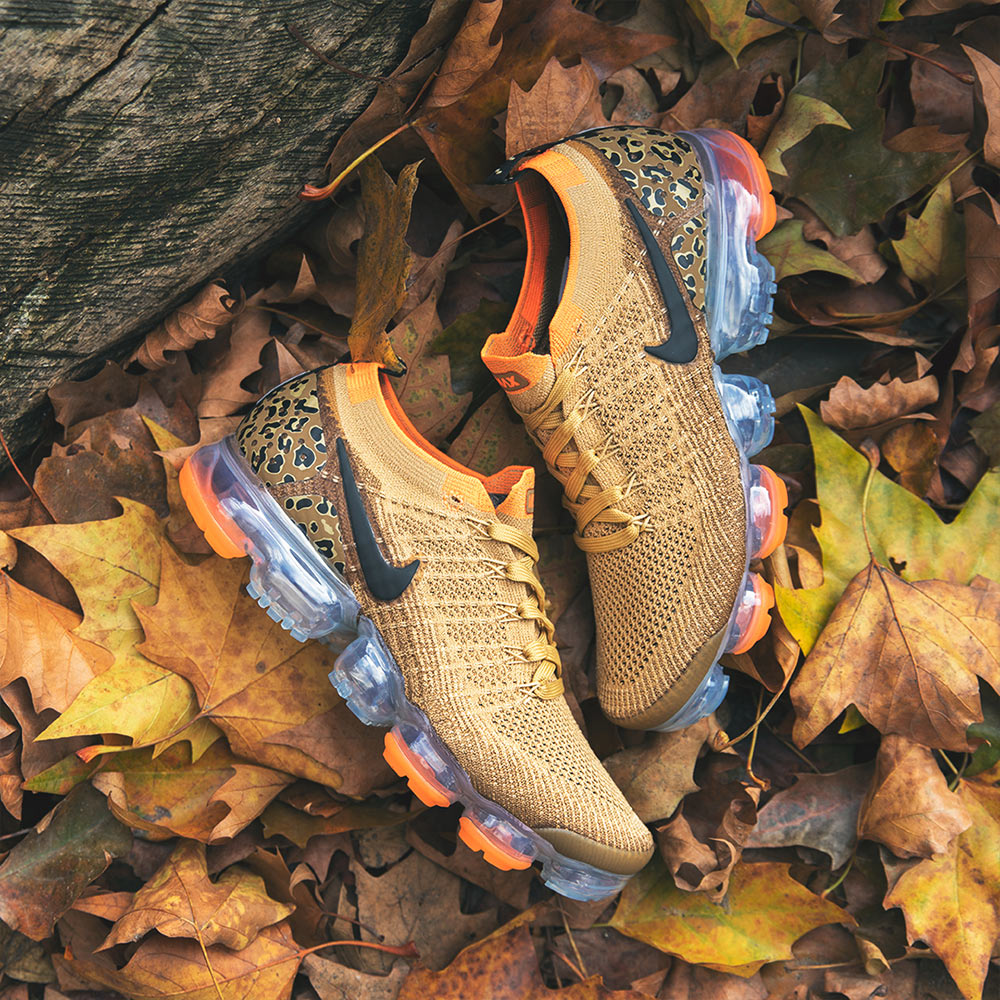 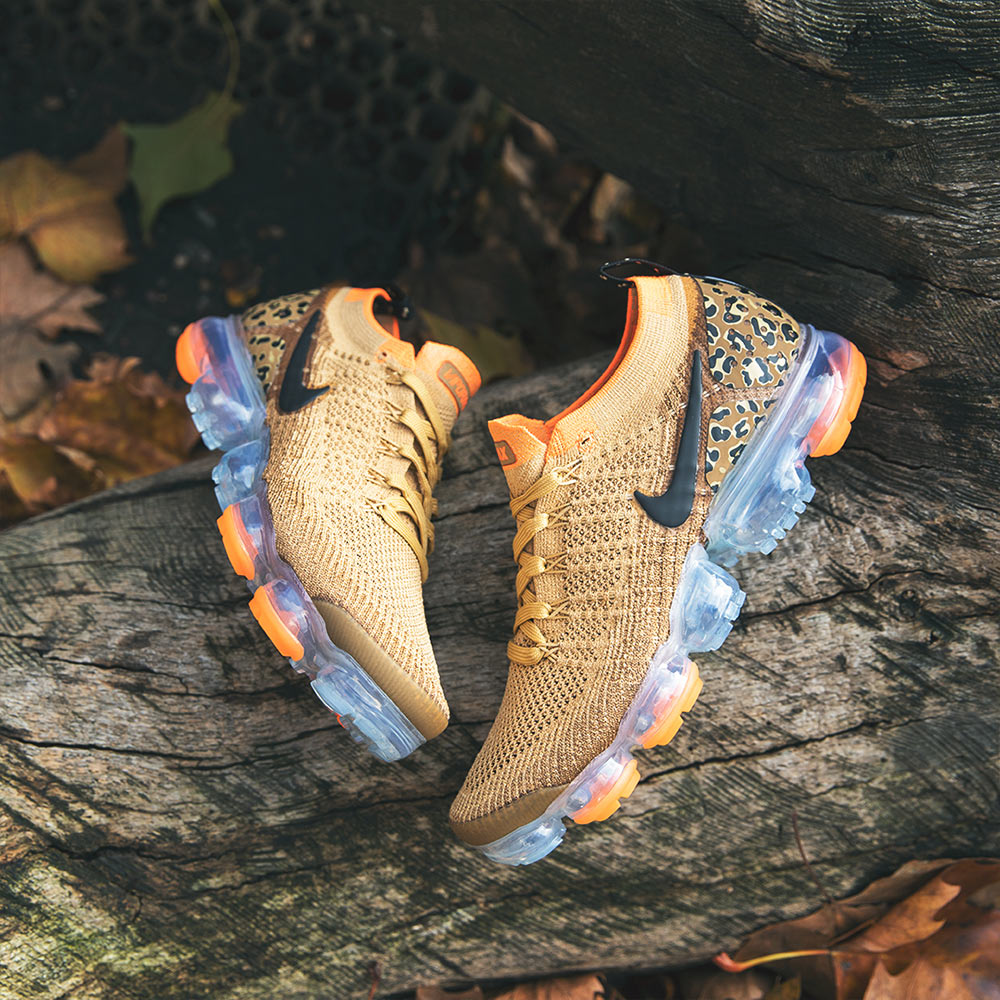 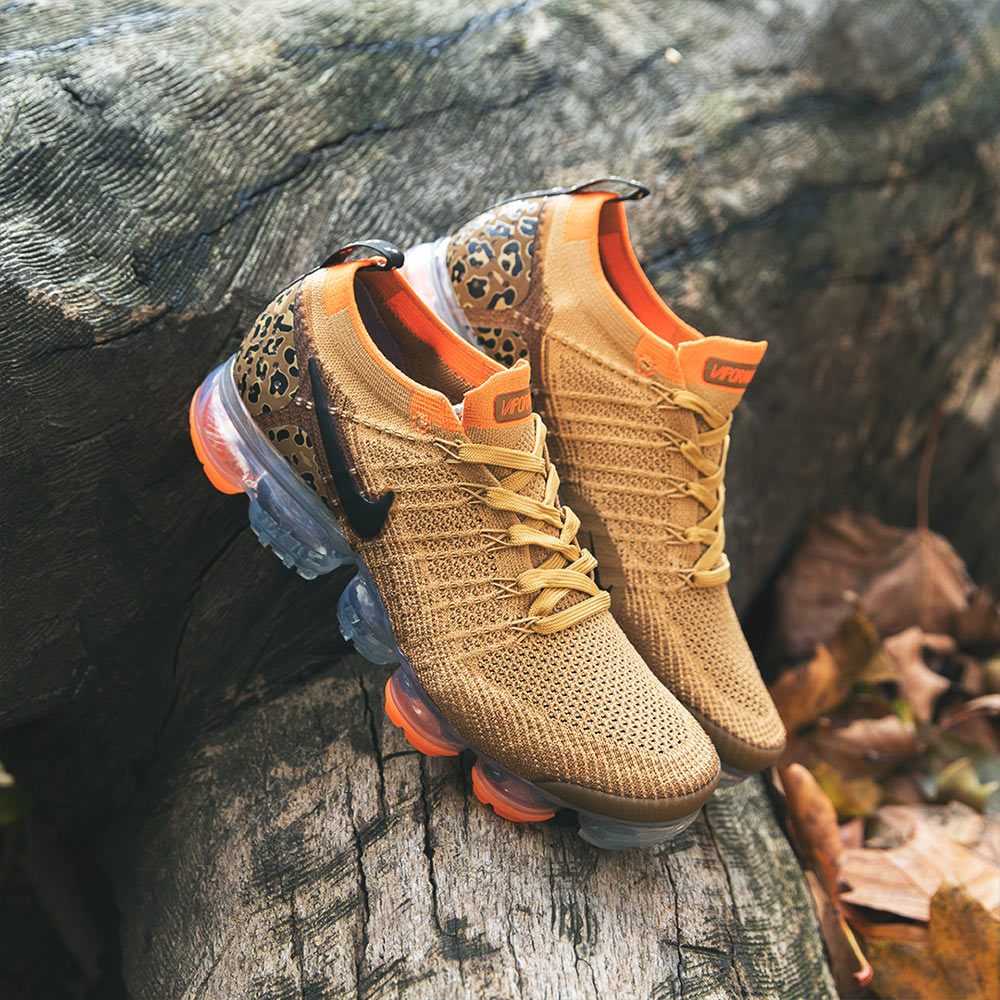 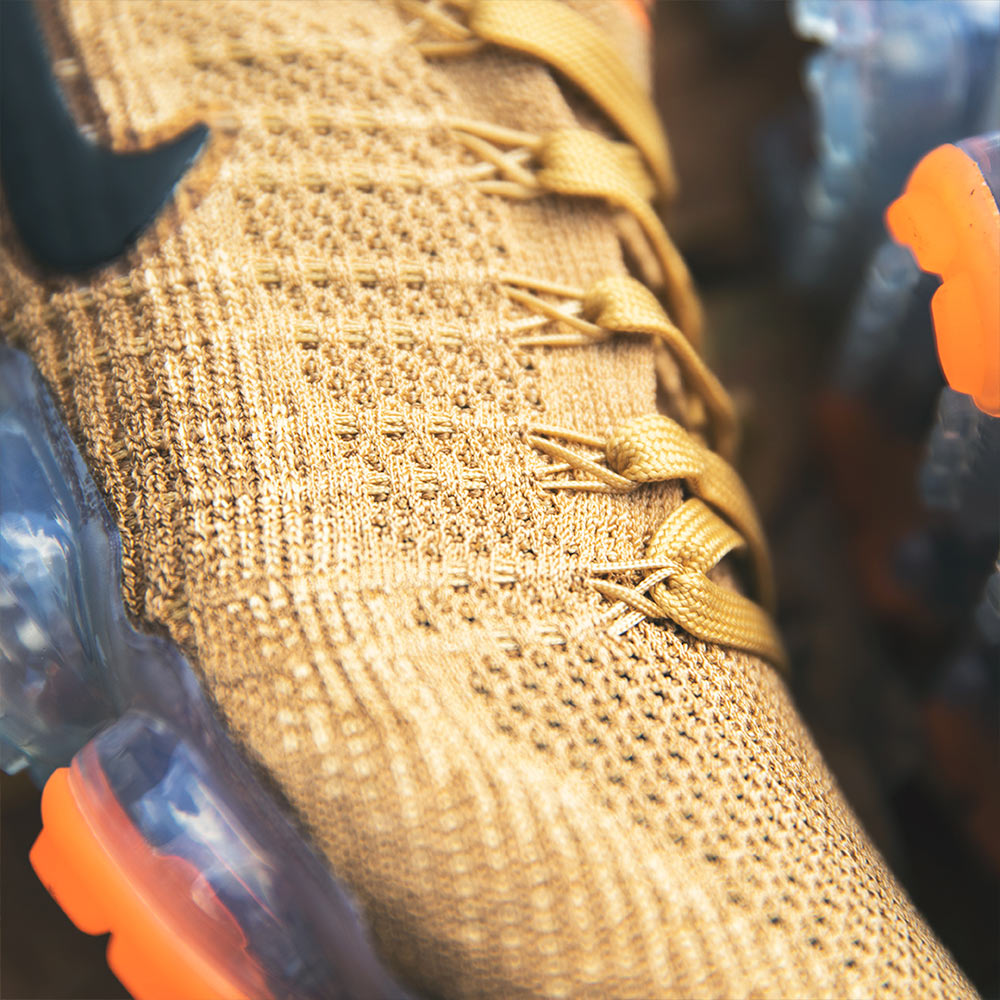 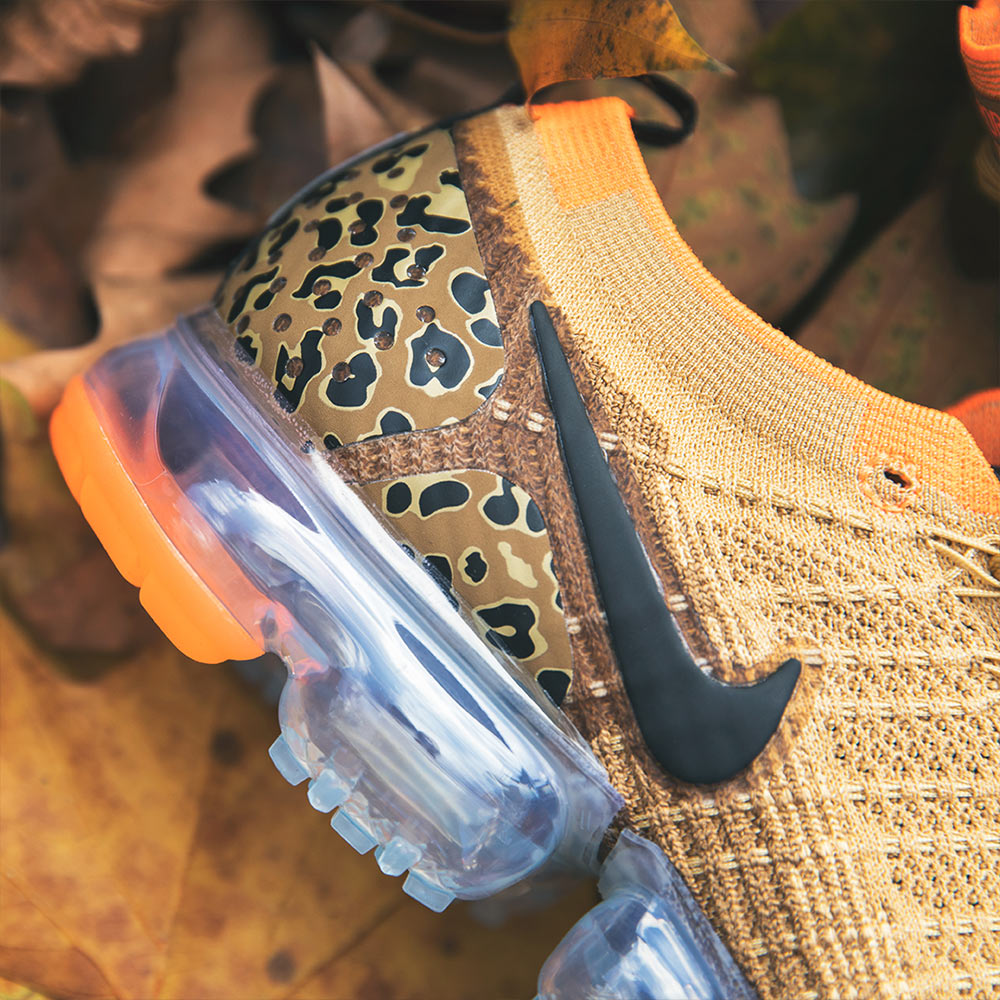 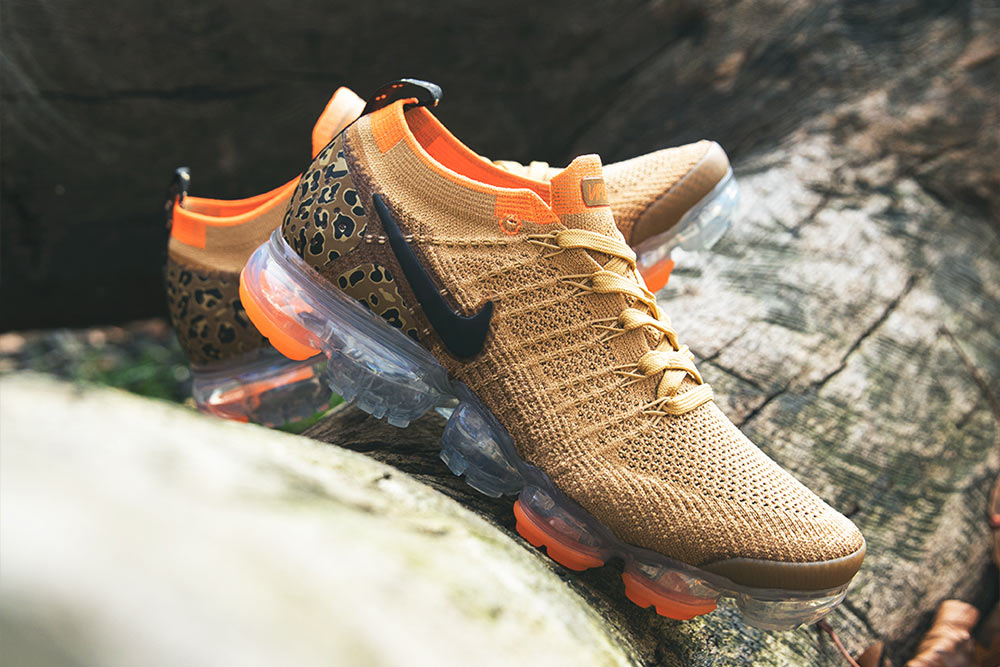 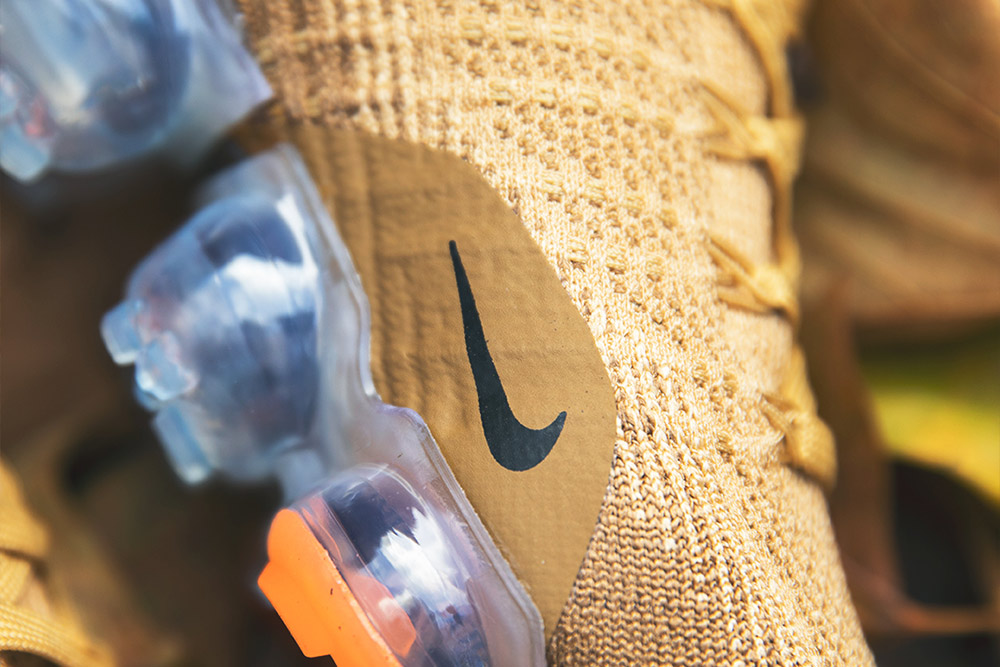 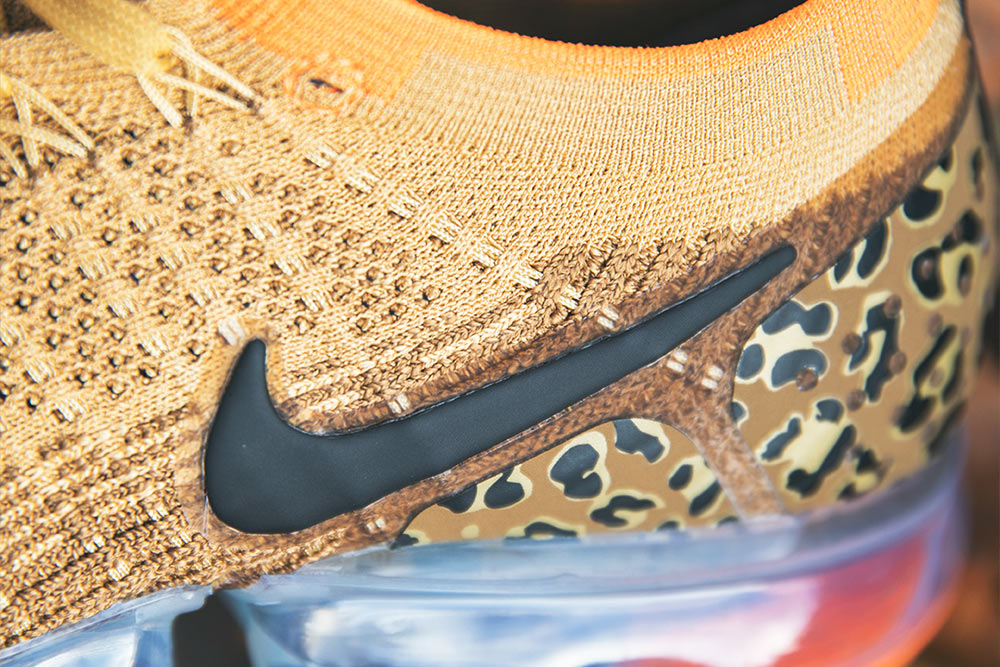 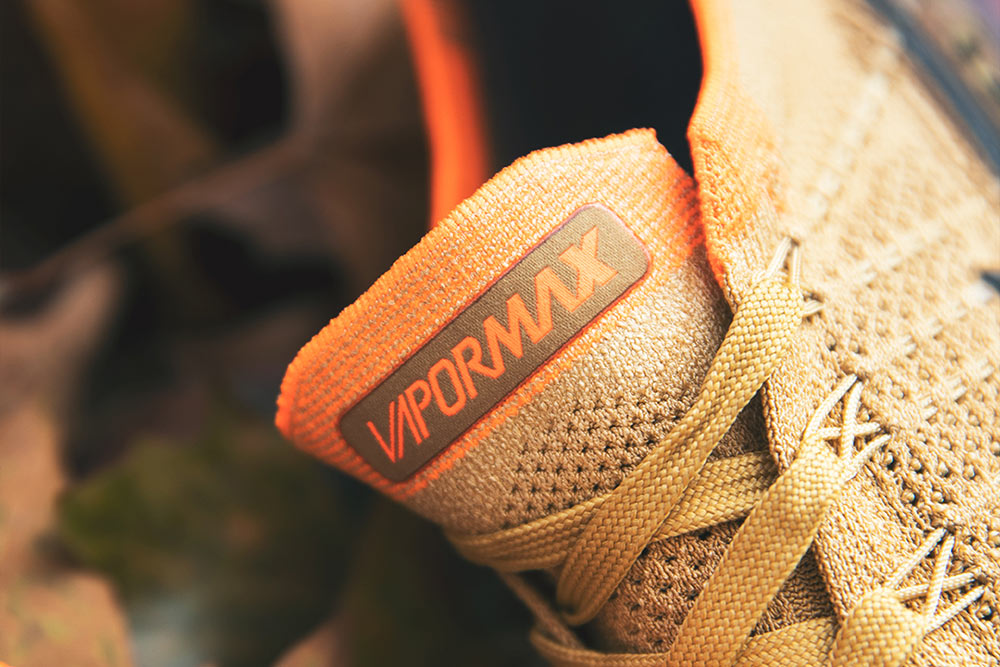