Converse are a brand built on heritage. Although they are highly relevant in the contemporary footwear industry, the majority of the silhouettes we know and love today have a long and storied history. For example, the Chuck Taylor – one of the most widely recognisable shoes on the market – has over 100 years of heritage behind it, and the Converse One Star has remained roughly the same since the 1970’s.

The brands latest offering, The Converse Lucky Star, is no different. The Lucky Star was first introduced in 1967 under the name Chuck Taylor Lucky Star, however despite sharing a name and similar shape with its predecessor, that’s where the similarities end.

The Lucky Star was almost entirely different in its construction, featuring a unique toe bumper, a durable Army Duck upper and full-length sponge in-sole. The Lucky Star High and Lucky Star Oxford, both featured a refined and more Americanised take on the classic Chuck Taylor shape and wore the brands collegiate influences far more overtly. The Converse Lucky Star High collection will be available online from Saturday 8th of December, sizes range from UK6 – UK11 (including half sizes), with prices ranging from £65 – £70.

Converse’s strong understanding of the past makes them the go-to brand for those who appreciate clean, classic design. And with the brand reaching into their vault to release another perfect example of this, we felt it only right to speak to some of these people and get their thoughts on brands longevity.

NiallyCat (real name Niall Williams) is a graphic designer, illustrator and freelance artist who has made a name for himself with unique and vibrant work. Niall has affinity for all things pop-culture related however he’s particularly fond of trainers, specifically Converse. We sat down with him in his Leister studio to discuss his work, his love of Chuck Taylors and his impressions of the Lucky Stars.

Footpatrol: Hi Niall, thank you for inviting us to your studio today. For those who don’t know can you please explain a bit about yourself and your artwork?

NiallyCat: Thanks for coming through my Gs! I’m a freelance artist from and based in Leicester the crown jewel of the East Midlands. I make all sorts, illustrations, animation and sculptures.

FP: How did you get initially get into graphic design? And how has your style progressed over the years?

NC: I’ve always drawn since young, I then went on to do fine art at University where I mainly did painting and sculpture, but drawing has always been my release! I like to draw whilst I’m traveling on trains and stuff, just people doing normal stuff. That then evolved from my sketchbook to little illustrations which I enjoyed doing, so I started exploring it more and ended up finding out I could animate too!

I think my drawing style has developed but with everything else I make a conscious effort not to pigeon hole myself so in terms of style it can bounce around a bit.

FP: Do you remember your first pair of Converse that you brought that started it all for you?

NC: I don’t remember my first ever pair I must have been mad young, but when the red first strings dropped and then they started releasing mad colours it was a problem!

FP: How many pairs have you got now? And do you have a particular favourite from the collection?

NC: I think I have like 30 or so pairs now. My favourite would have to be the turquoise lows! It’s my favourite colour so there’s no contest. I loved the flag/bandana ones they dropped a couple years ago if I manage to get them they’d be a close second.

FP: All of your pairs are quite clearly worn in rotation – what do you think about a pair of Converse should it be kept pristine or worn in adding character?

NC: I like to wear them man, I think your footwear is a really easy way to express yourself outwardly. If you look at some of mine there’s paint on them, wood stain, plaster all sorts man but it’s an accurate take on me. I could probably remember what I was doing when I got the mark! But yeah wear your shoes man you could drop dead tomorrow.

FP: From a design perspective, a Chuck 70 is a relatively simple, classic shape yet it’s so distinctive and there are so many iterations around. Why do you they have remained so relevant to this day?

NC: It’s very difficult to really do something simple realllllly well. Simplicity leaves you open to scrutiny because it’s so much easier to pick faults. Converse in my opinion do the basics well before adding the thrills, the new insoles are a good example!

FP: On your Instagram I have seen you designed a custom pair of Chuck 70s with a repeat dinosaur print. Can you explain a little bit more about this to us?

NC: I want to make them! I’ve been trying to find a way to print onto them for time! When I get time, I’m going to just do it by hand and paint them. But Converse, I’m just letting you know I’ve got the pdfs on deck when you’re ready my dons!

FP: Anyone who’s come across your work would have seen you take inspiration from so many different areas whether it be music, football or pop culture. How do you decide what you are going to create?

NC: I don’t really over think it! I’ll think of things when I’m watching football or listening to music, like the animated Music video I’m making for Window Kid. I was listening to a clip and it really reminded me of streets of rage, so I shouted him to do the video! I try and write down everything, think about it and slowly work through it. It’s a real long list. The most important thing is actually doing it, there doesn’t have to be an end goal necessarily just see where you end up once I have made it.

FP: How does your approach for personal work to commissioned work differ?

NC: There’s not much difference I don’t approach it as a job if you get me. I tried doing the generic graphic design logos and branding and it wasn’t for me man, so I only really take on work I’m actually interested in. It sounds stubborn, but I think it’s what stops it feeling like a proper job and sucking the fun out of it. If you’ve got to do something for 40+ hours a week you should enjoy it, it’s like 2/3rds of your week! I approach every project with mad excitement, I’m usually itching to start, and I find it real hard to switch off which I used to think was bad but now I just roll with it, it’s how I work and it works for me!

FP: What are your first impressions of the Converse Lucky Star? And how do you think it fits into the current Converse roster?

NC: Vintage looking, remind me of that 60s American sort of style! The choice of lettering on the ankle patch is a real nice too as well.

FP: Finally how can people keep up with your work? And what can we expect to see from yourself going into 2019?

NC: Mainly on my Instagram. I’ve got a couple animated music videos dropping in the next couple months, my creative house is launching in Leicester next year so keep an eye out for Club House. Niallycat merchandise, my first solo show, so there’s a lot! 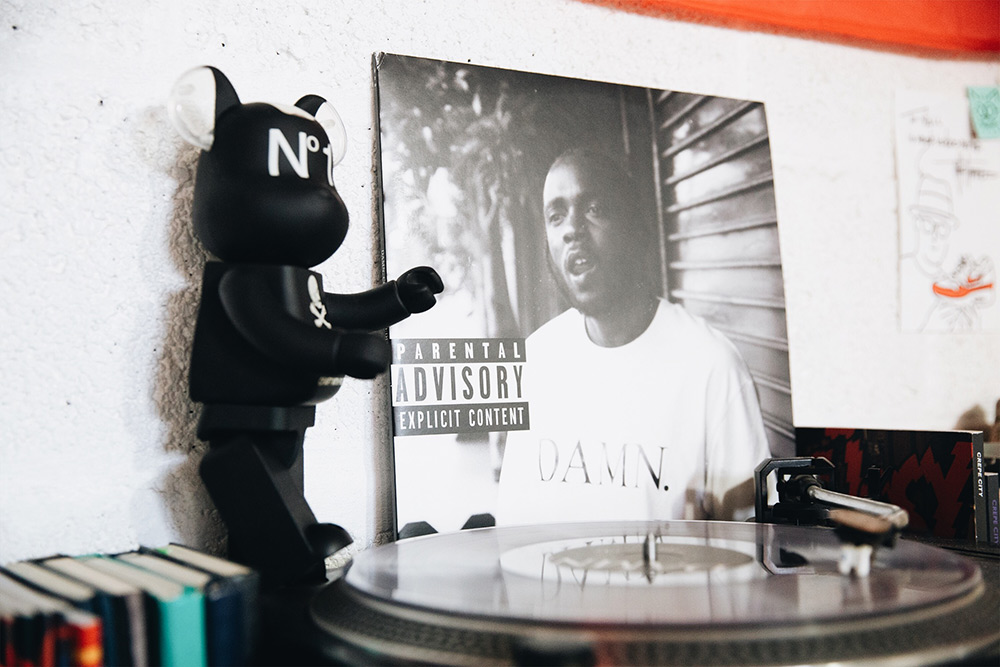 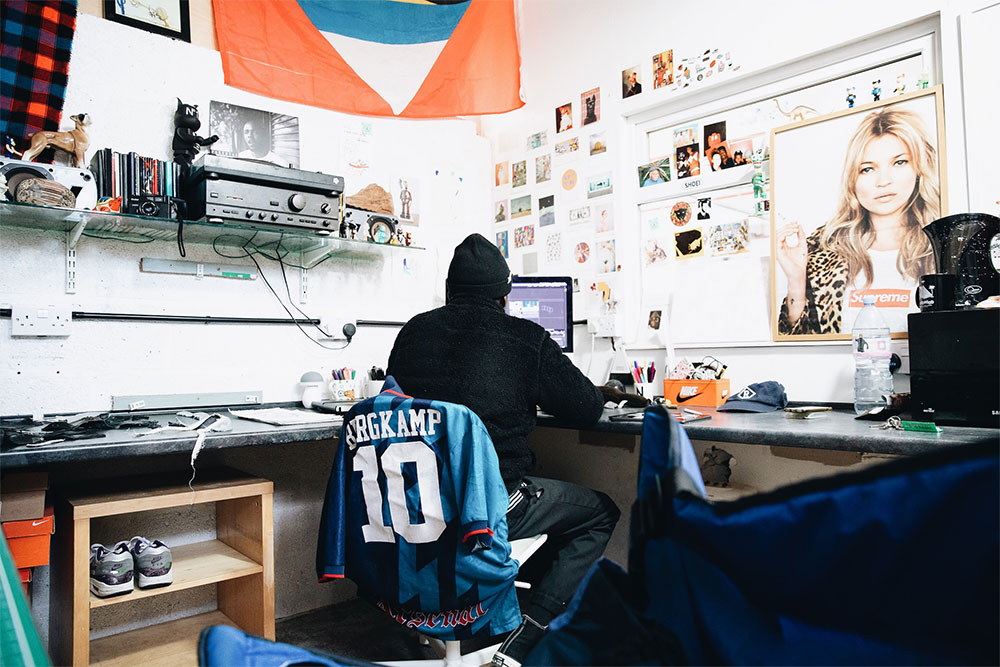 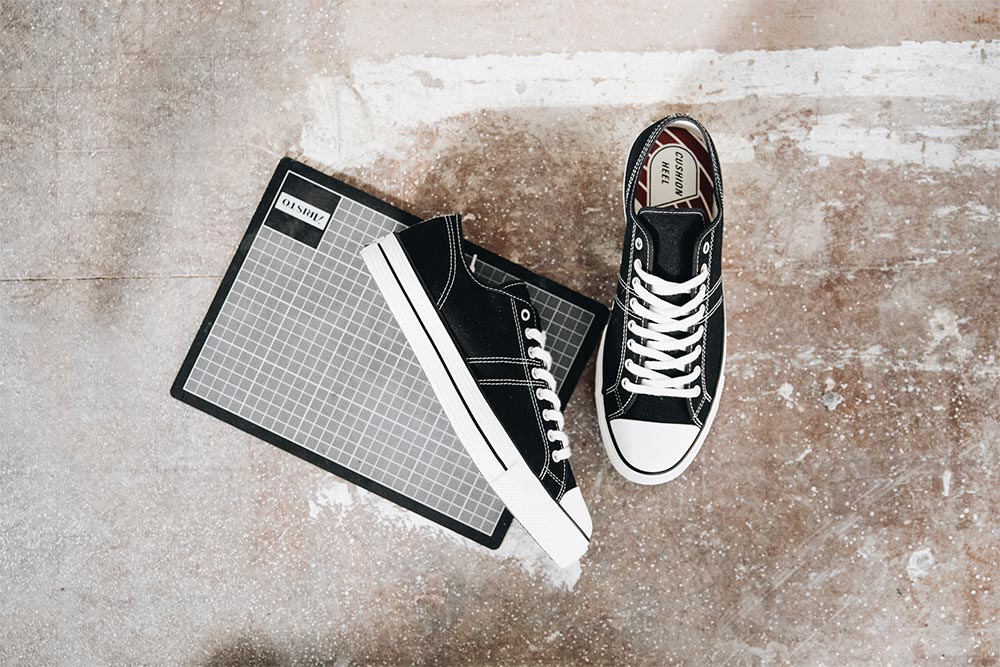 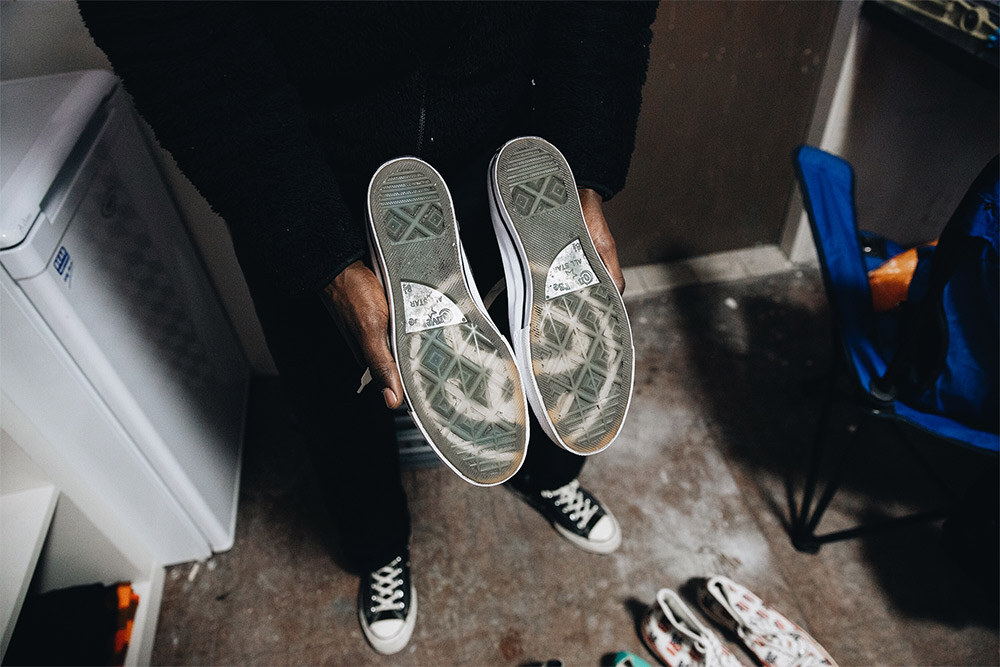 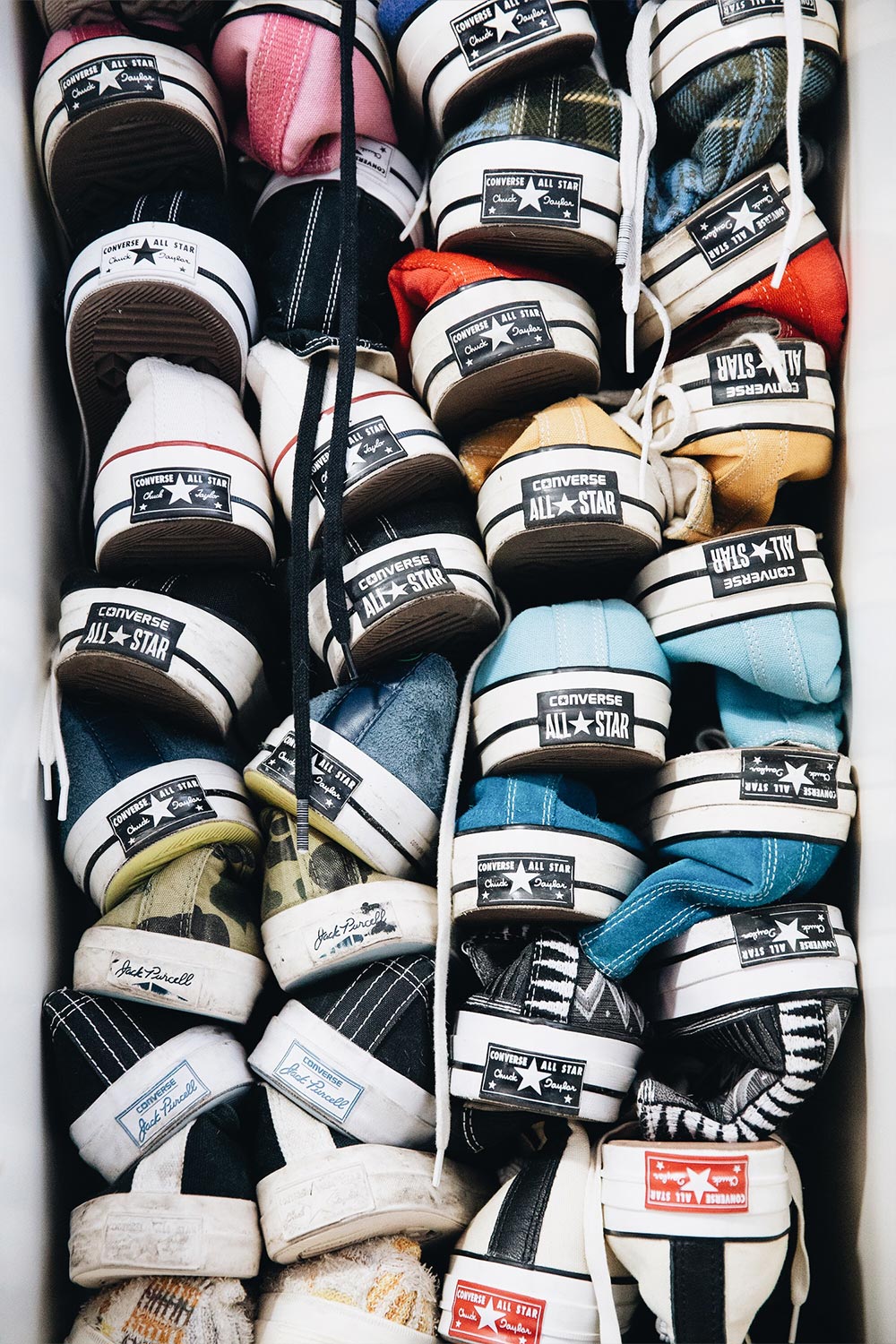 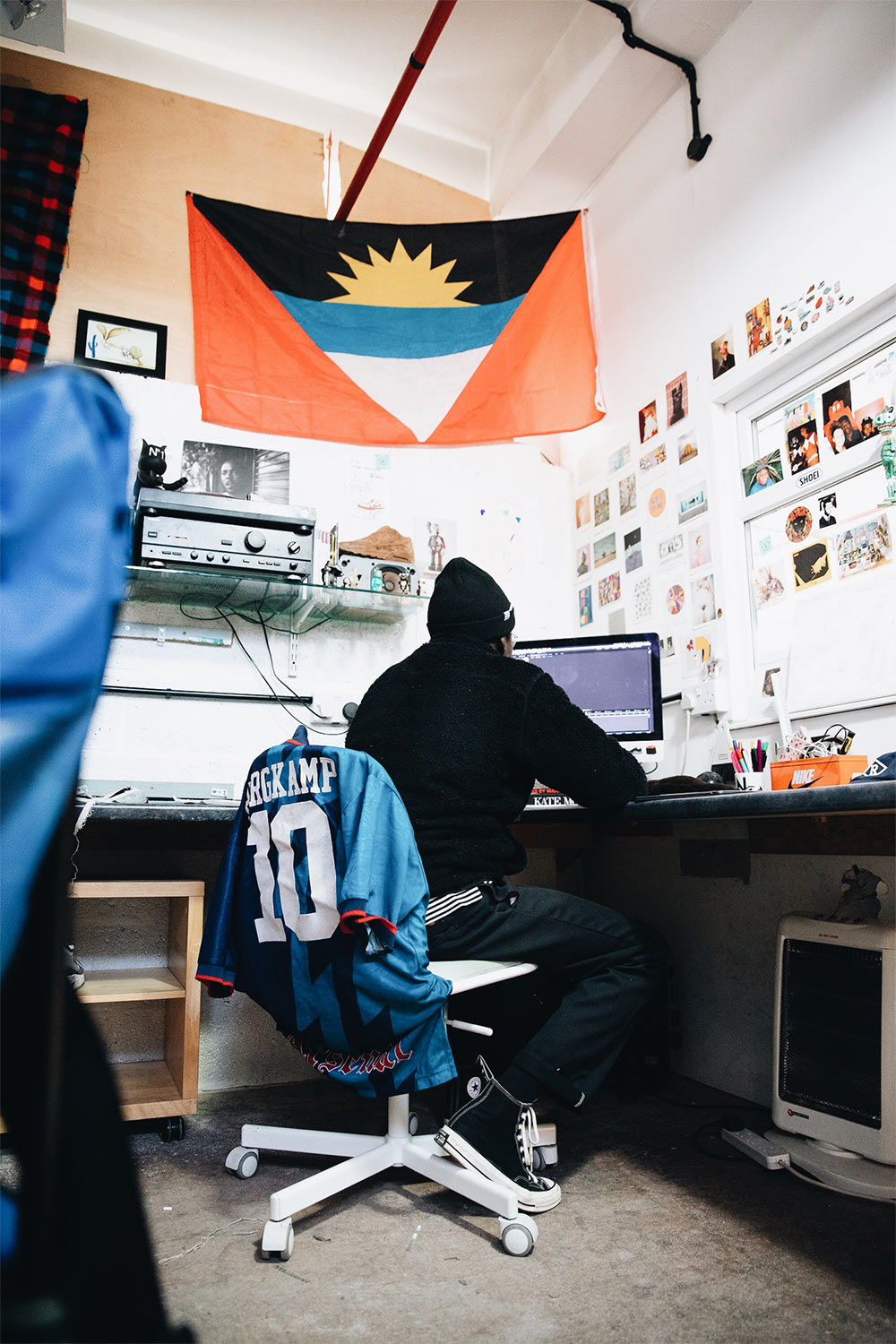 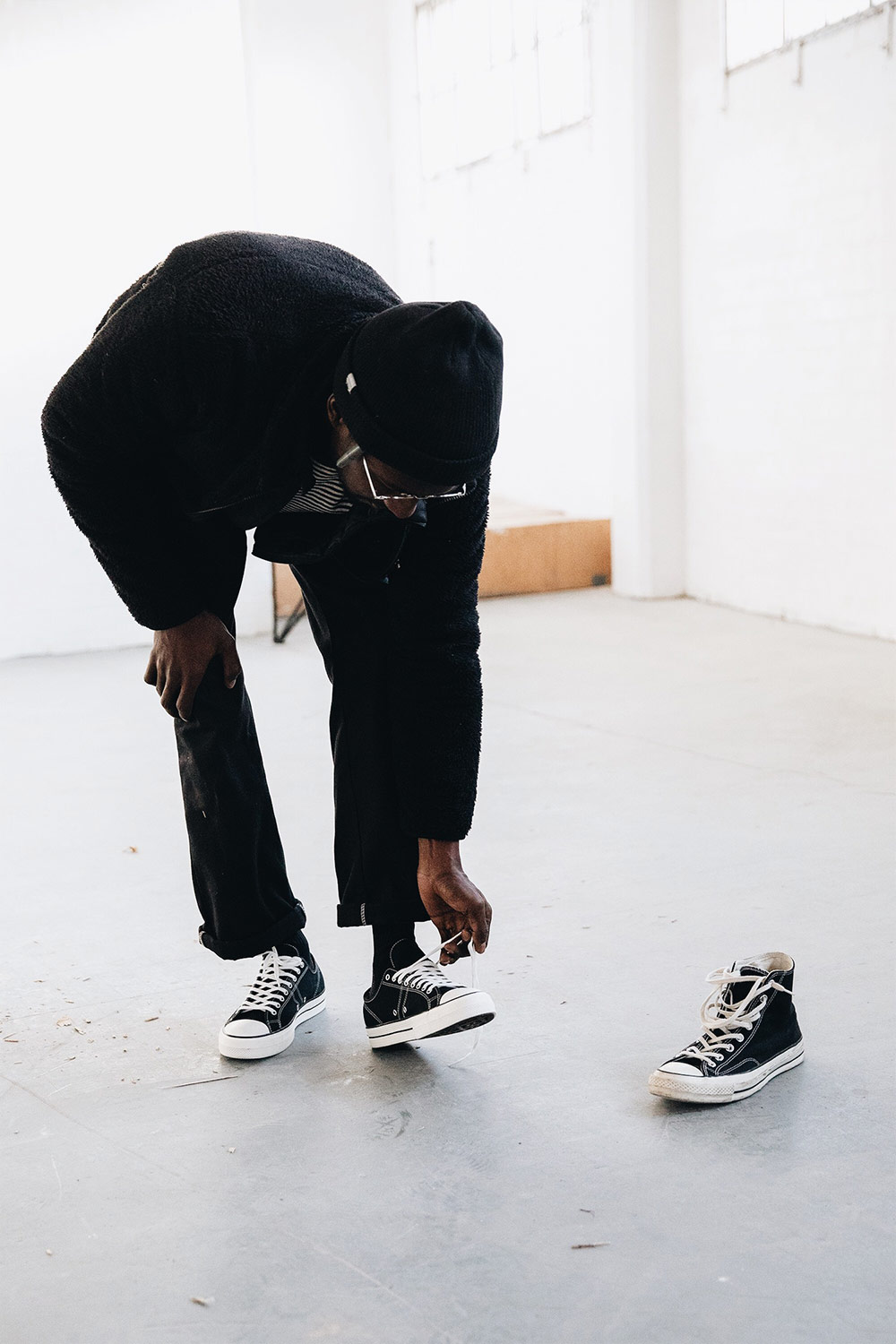 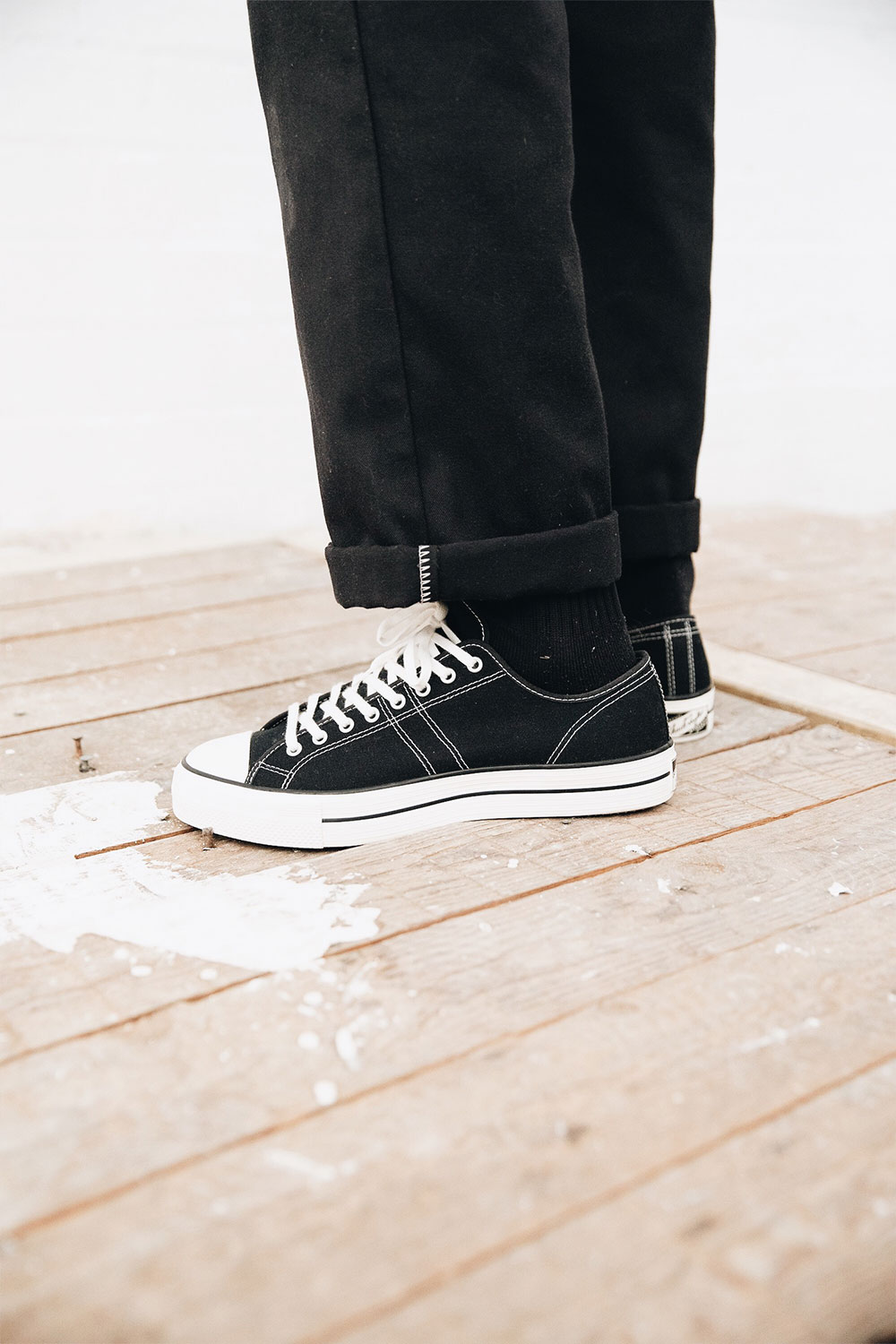 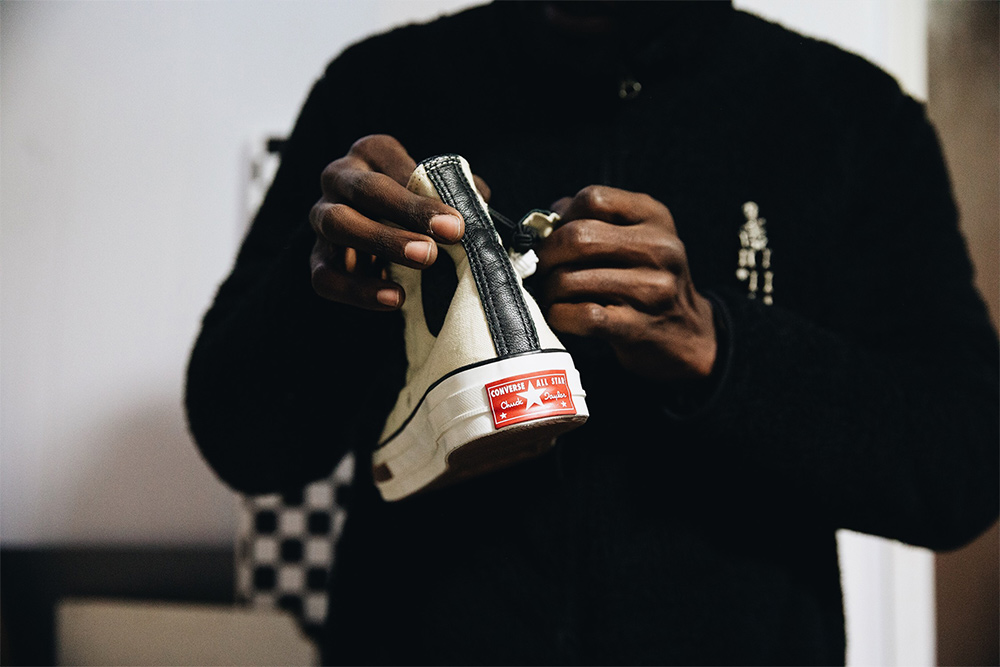 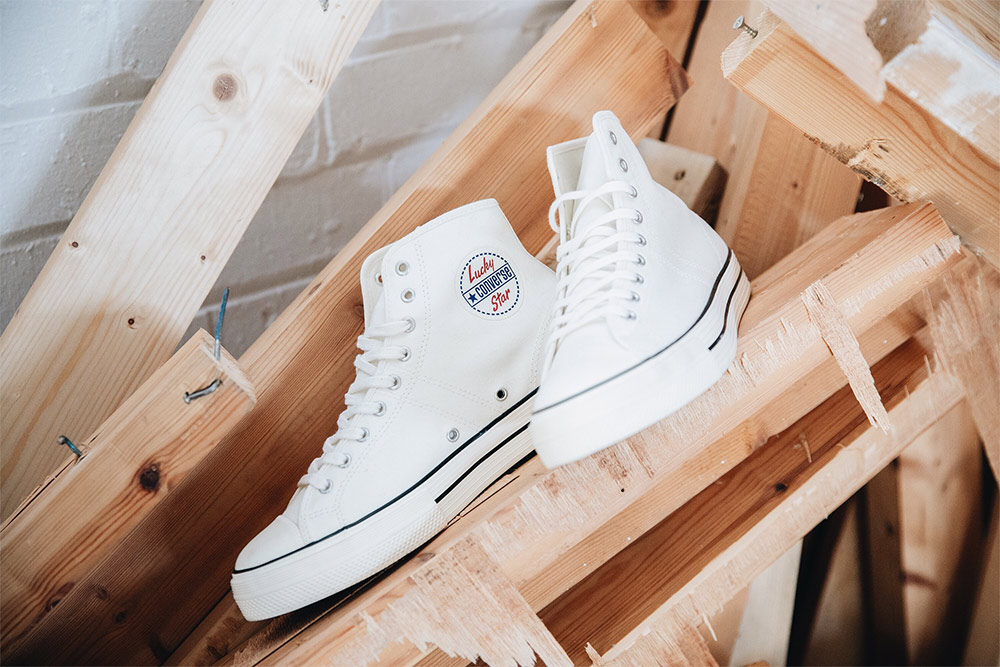 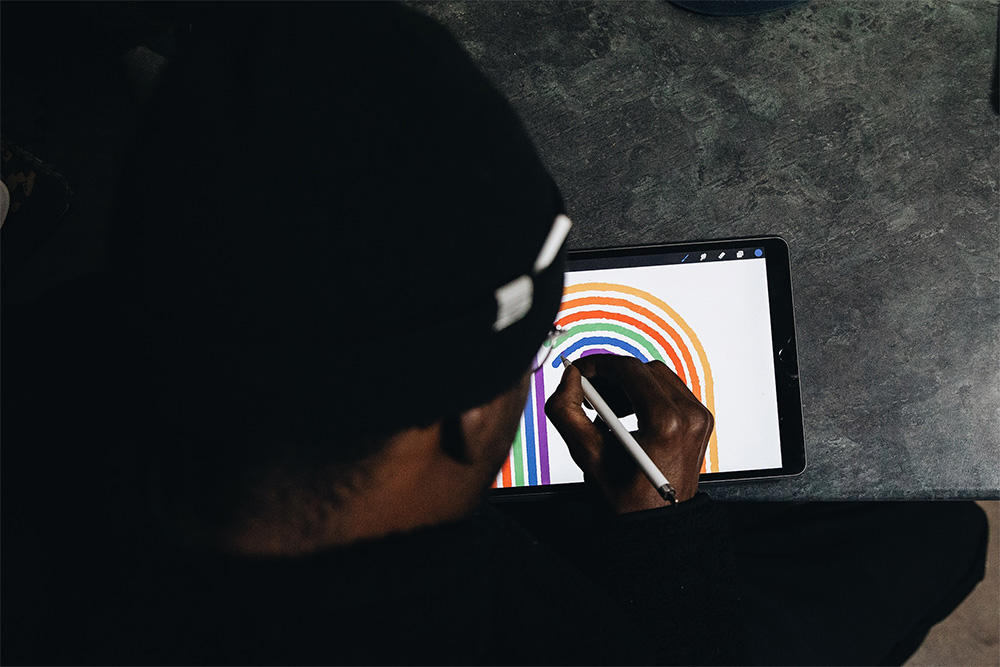 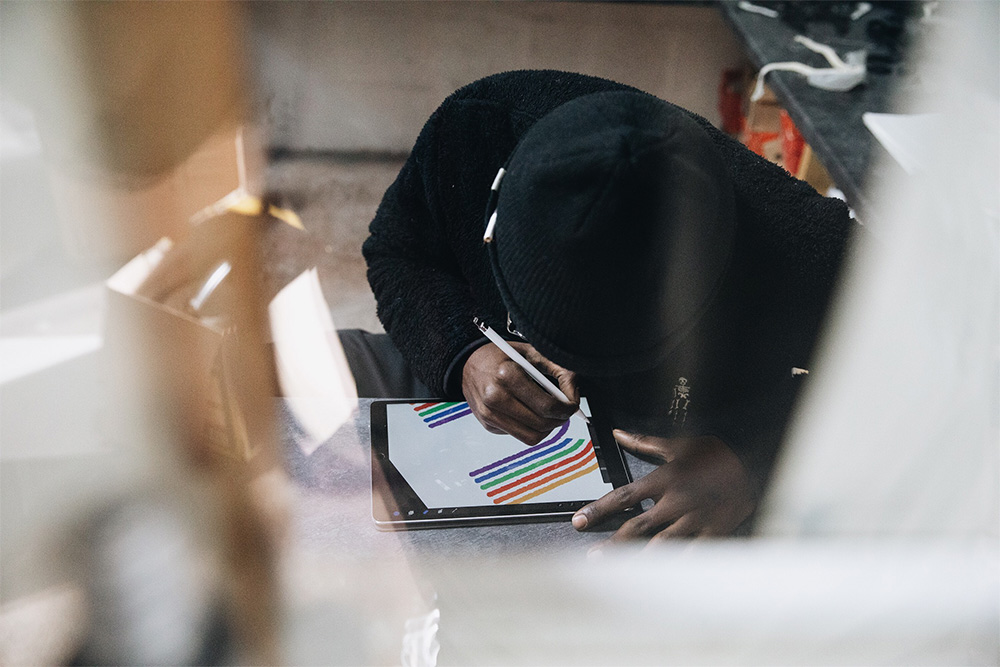