In the last few years, Jordan Brand has been a growing presence in Paris. A Jordan-only store Jordan Bastille opened in 2016, and in 2017 the brand announced a partnership with the French Basketball Federation. These examples buttress a long-standing, organic relationship between brand and city, which began with Michael Jordan’s first visit in 1985. That connection has been retained through the decades, highlighted by continued support of the Quai 54 World Streetball Championship.

“Jordan Brand and Paris Saint-Germain share a distinct position in sport and style, so to partner with the club is a natural fit,” says Michael Jordan.

With the Air Jordan 5 model part of the capsule which includes apparel, Air Jordan 1 and football cleats, the inspiration behind the collection is the balance between sports and lifestyle, the mix of energy from the love of music and being a genuine fan of the Basketball sport. The black and white colours are a nod to the PSG football kits which is predominently those main colour blocking and the strategic use of red is a colour of Jordan brand heritage as well as a prominent colour to PSG. 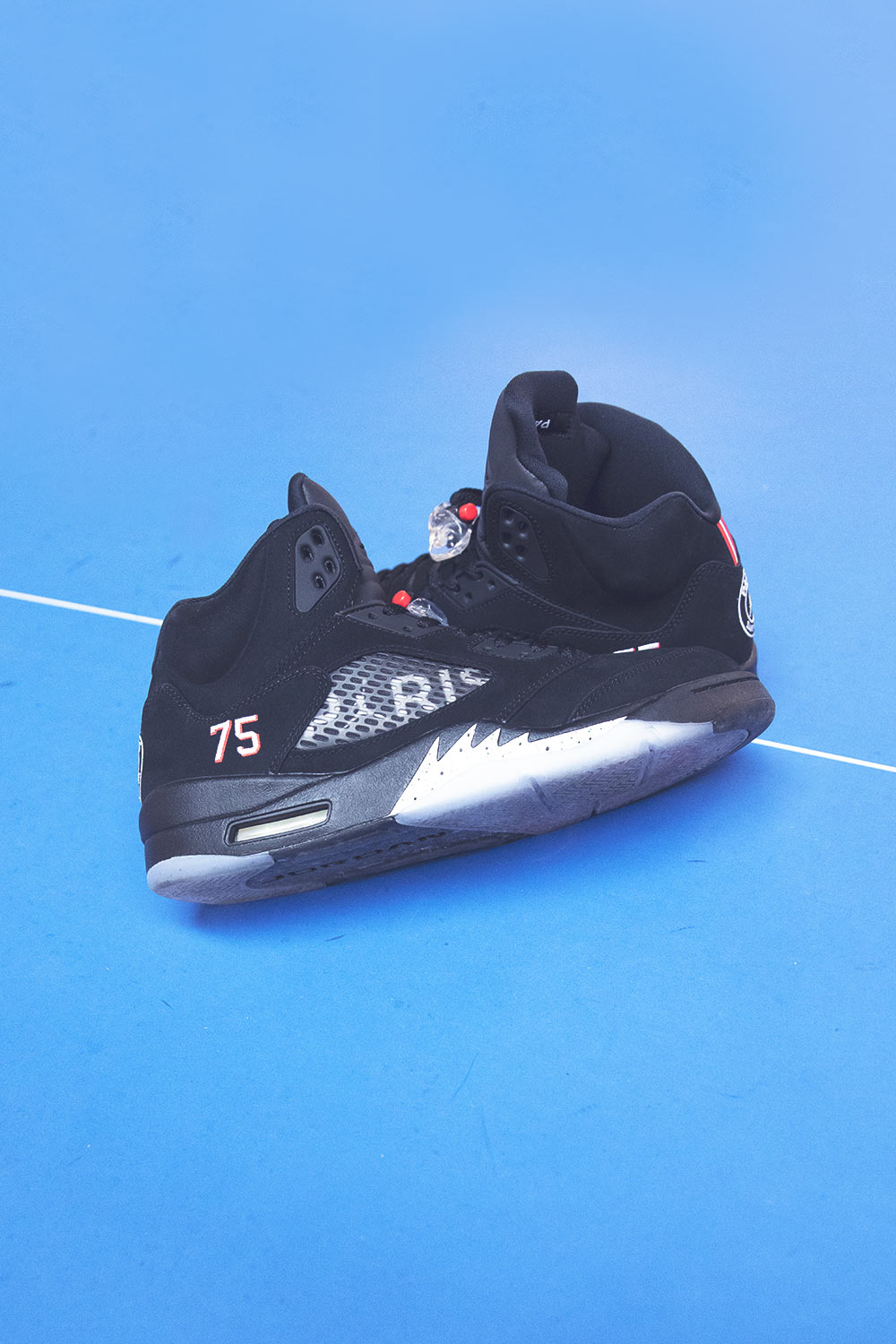 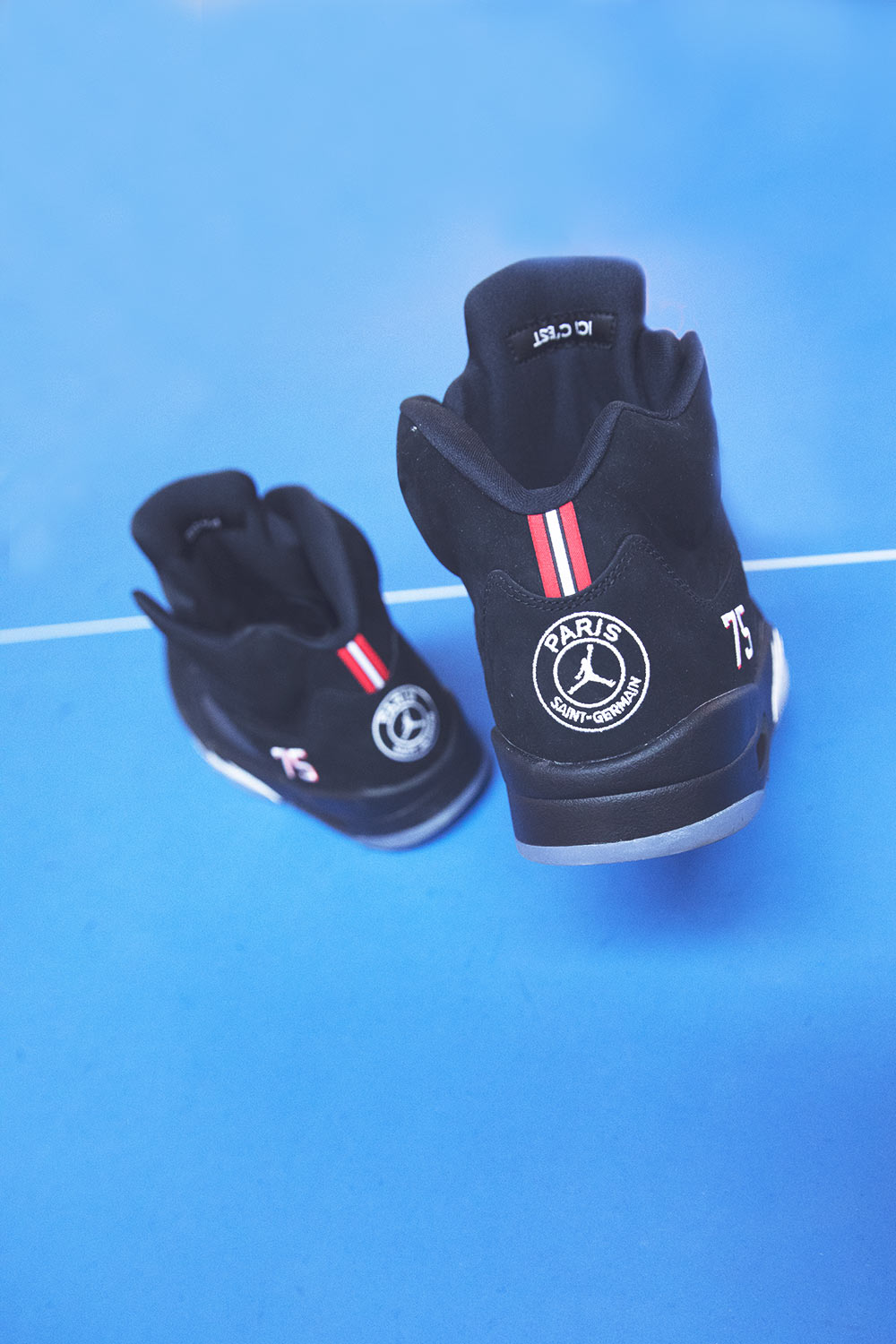 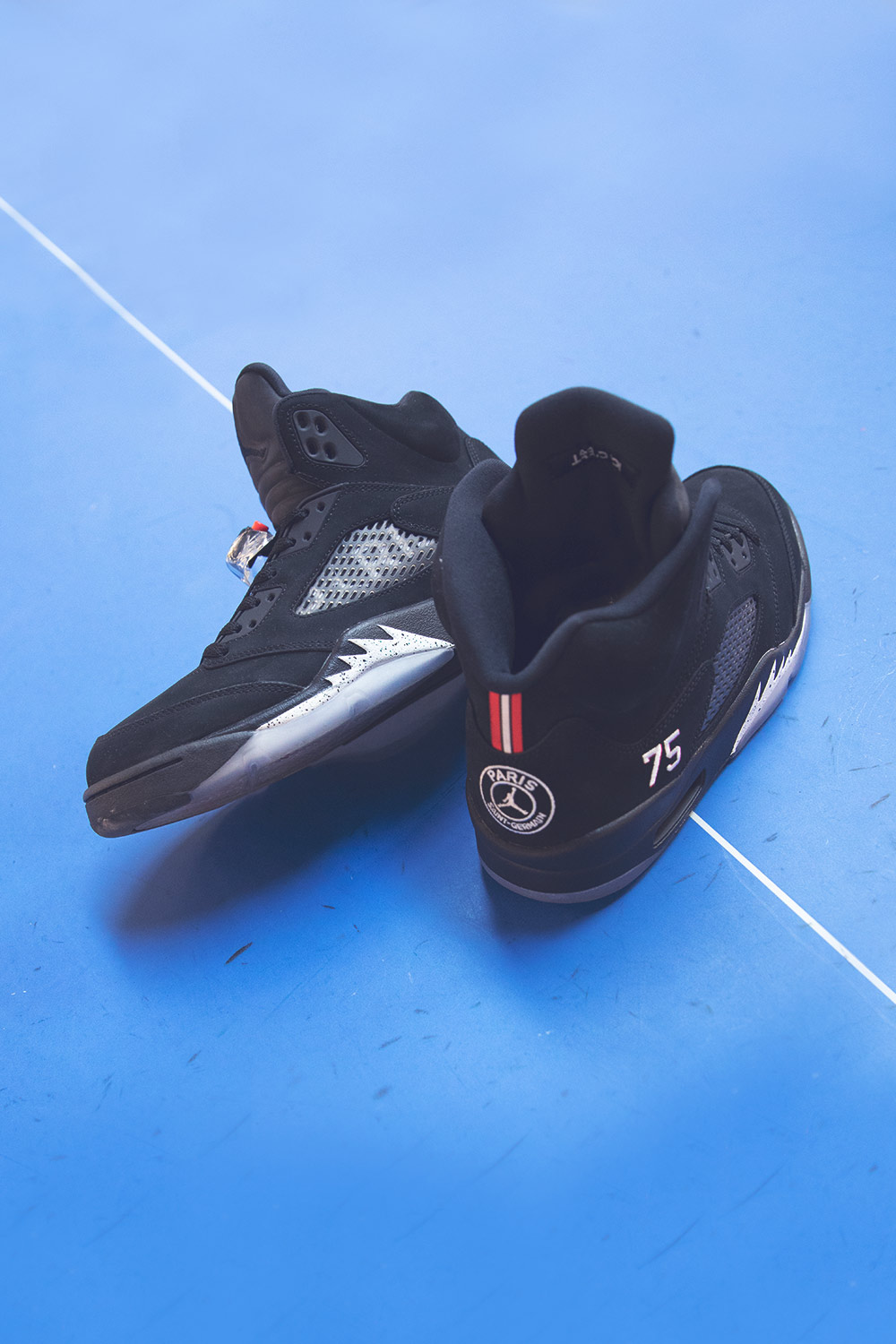 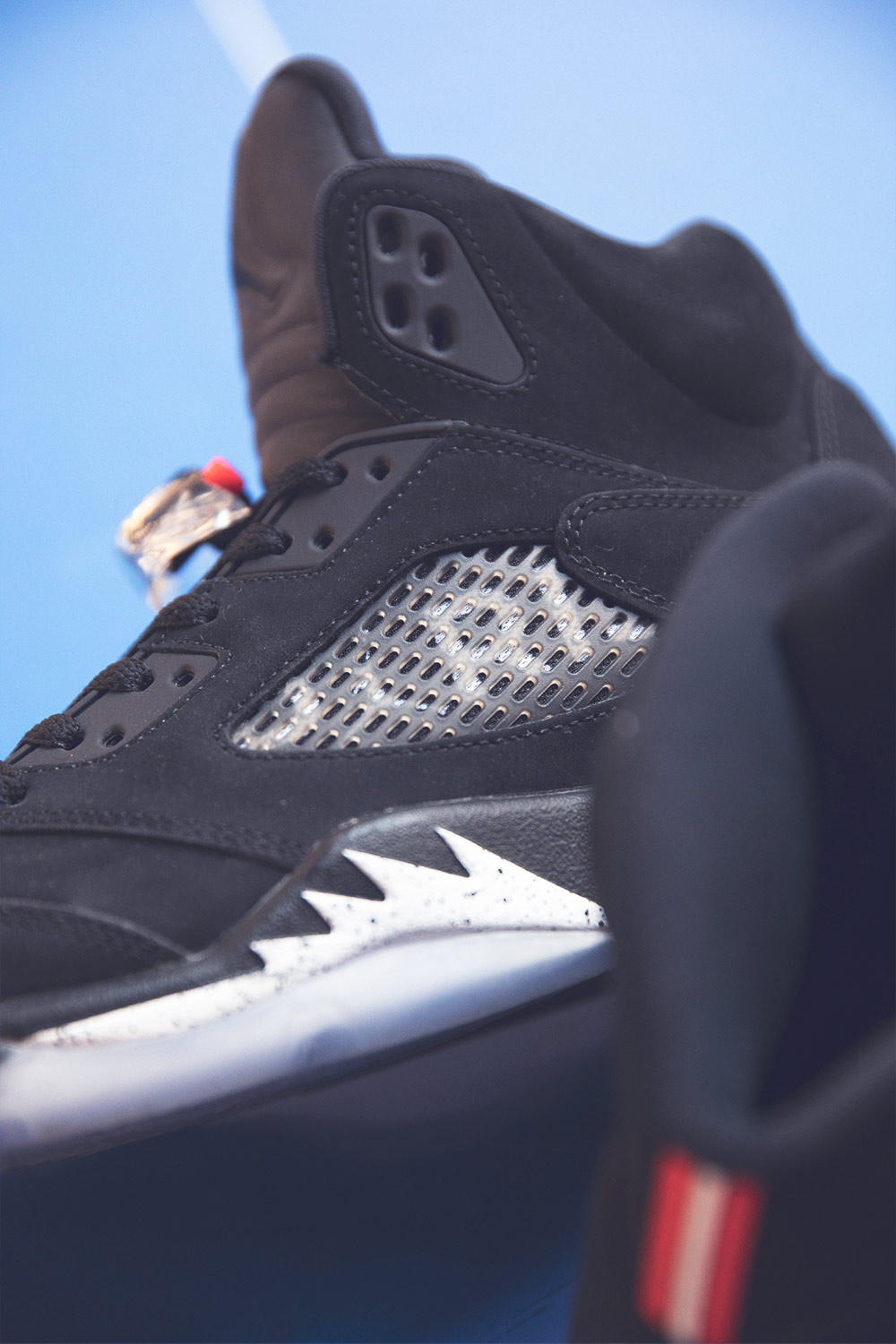 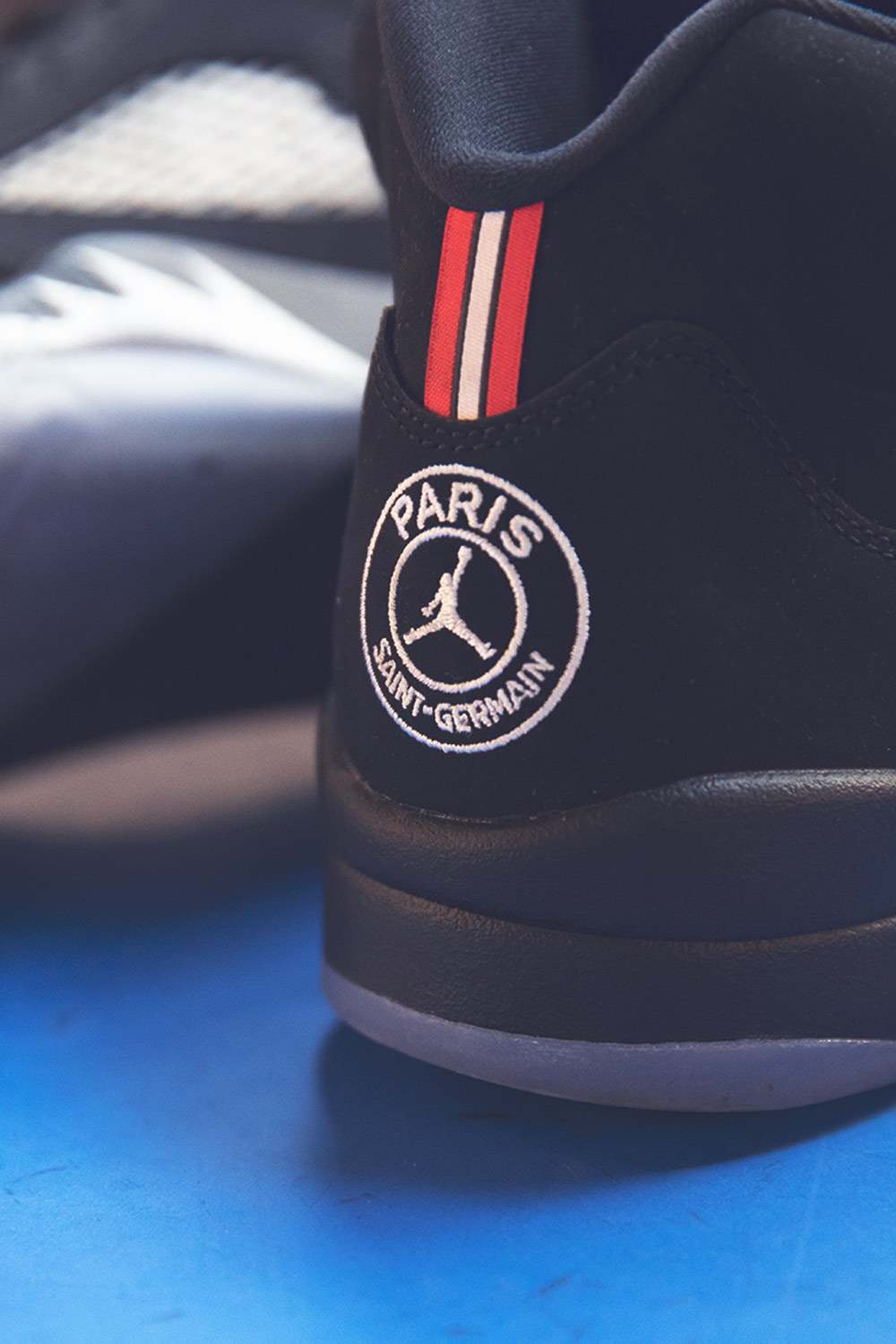 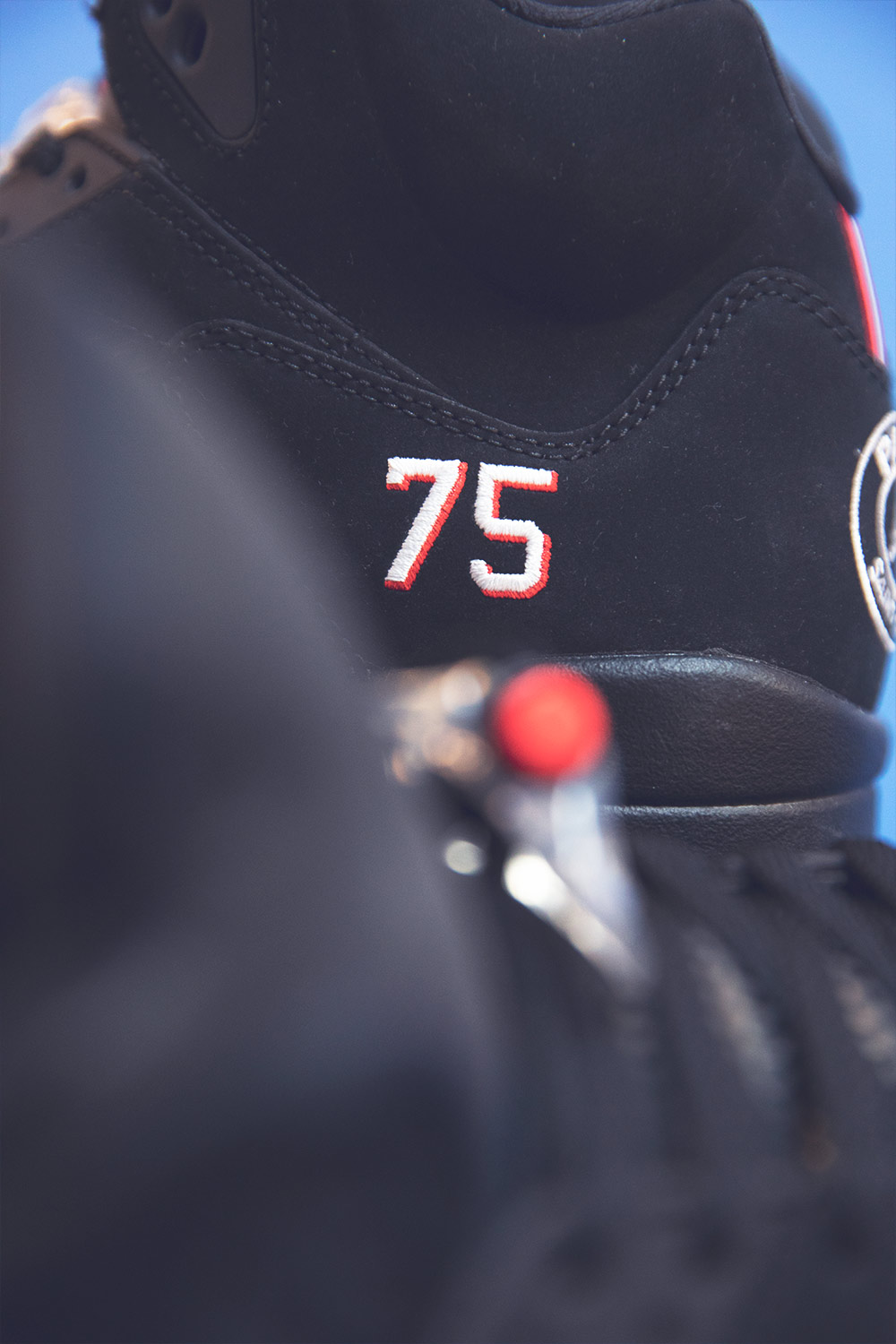 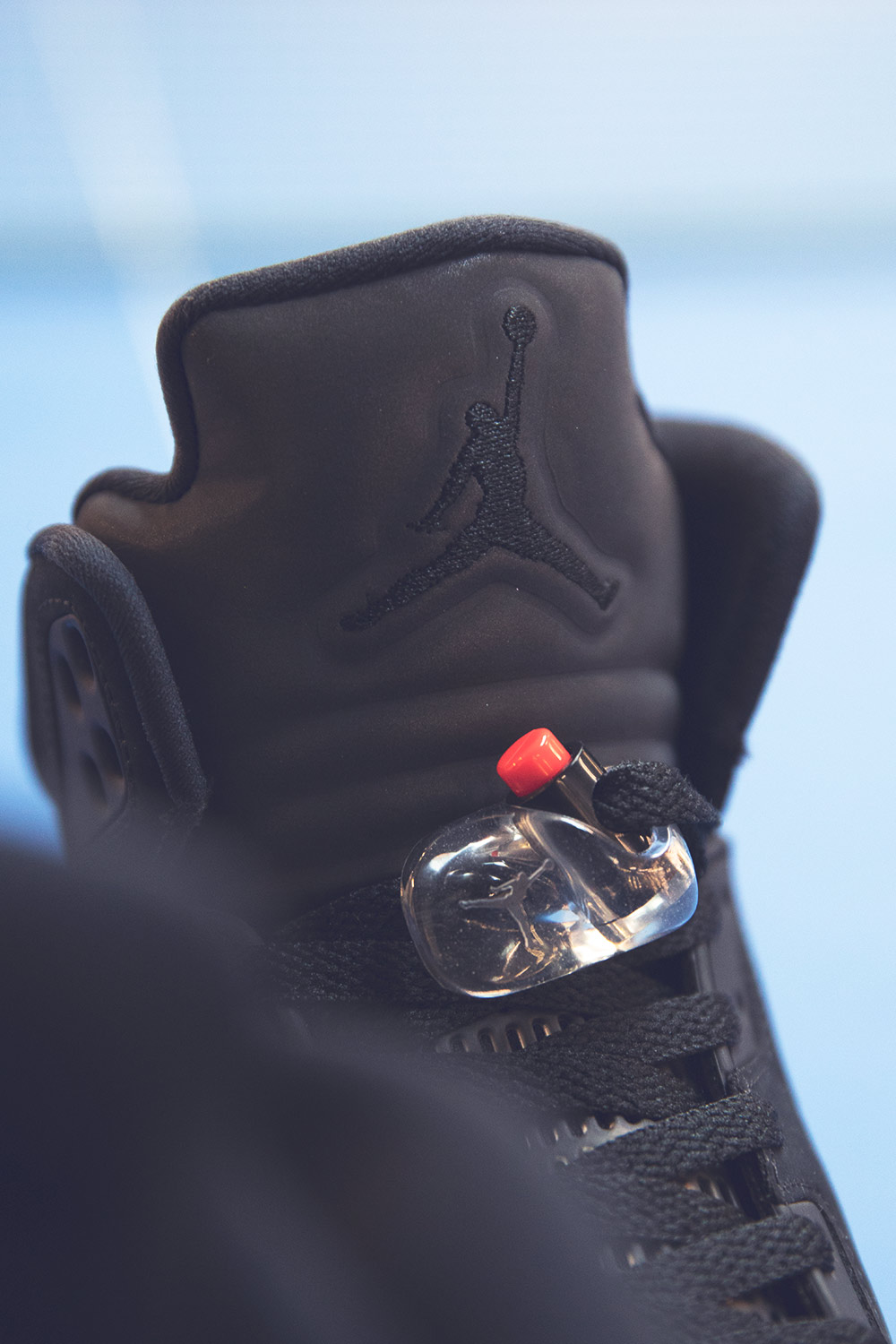